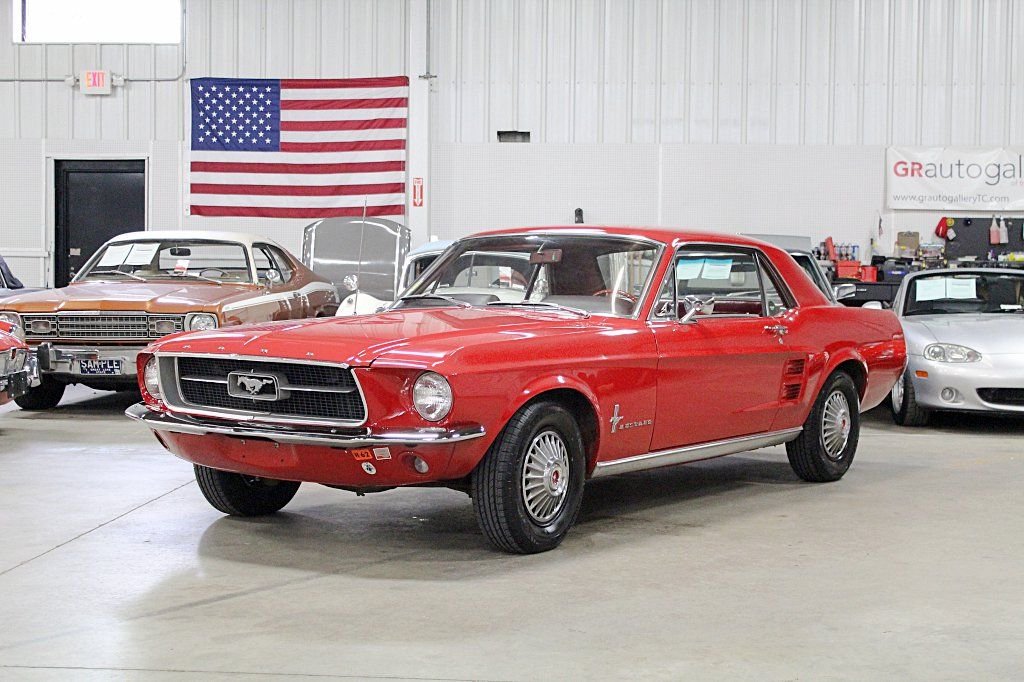 Everyone knows the Mustang as it ranks up there as one of the most iconic cars of all time. So a few interesting stats that some might not know is that when Lee Iacocca first designed the Mustang is it was much smaller but was told to increase the size of the back seat room by Ford himself, and then again even when Ford was achieving massive sales goals with the early first generation cars he was asked to change the design and make it even bigger for the restyling of the 1967 model year. He was slightly dismayed by the idea but it was to integrate a larger engine so that the Mustang was not only a family sports car but now was competing in the Muscle car wars. Several different things happened to the Mustang, interior changes, body changes and the best part was now engine options went crazy. This particular beautiful Cardinal red Mustang has been in the same family since new, spending the majority of its life in the dry Southwest. The car is a “C” code car with the original 289 Cubic Inch V8 with two-barrel carburetor. It switched hands from the original owner to a family member roughly fifteen years ago and mainly stored with some nice summer drives. It has been repainted in its journey to the original color, still retaining its original interior. A few years back the car did get a mechanical freshening at the tune of nearly $3,000. It starts, runs and goes down the road very nicely with no leaks or smoke. This is a very nice car that can be used daily in the right climate.