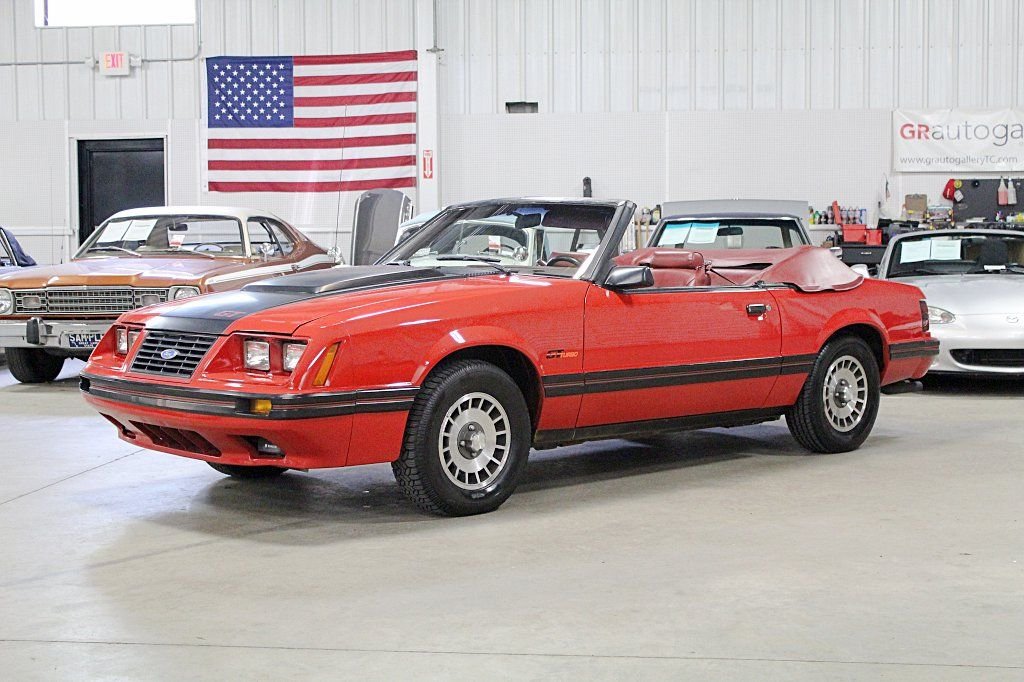 The Mustang obviously needs no introduction and more than likely most people know their fair share of the third generation of Mustang built from 1979 through 1993 otherwise known as the Fox body era. They produced several really cool versions of the car, the GT, SVO, an anniversary edition, a GT 350 version in several different variants but the one that you may not know of too much is that Ford produced there own version of the 4-cylinder turbo for just two short year. In 1983 they made a GT Turbo and it was produced in the hatchback or hardtop only and in 1984 they made a convertible. Did you know that they made a total of 4,000 GT Turbos in 1984 and only 731 of those were convertibles, Furthermore, the car that I have offered here today is just one of 128 painted in color code 2E or Light Canyon Red. Want to know another reason why I am so excited about this almost unicorn of a car? Well, it is also a one family owned automobile that has traveled just 80,000 miles since new with every bit of paperwork since new. It was ordered by a Ford employee and transferred to his daughters hands in 2004. I have the original build sheet with bill of laiding from the trucking company, window sticker, original owners manuals, keys and all records. The owner just drove the car over 250 miles to drop the car off to us with out one issue. Now, as the car looks real good and I would trust it to go anywhere, this is not a perfect show car. The paint from what I can tell is mostly original with the exception of a rear painted deck lid, the top functions as it should, windows operate good, all lights work including the dummy system in the dash. The turbo spools up and has plenty of power and the car starts, runs and shifts well. The A/C is inoperable at this time but everything is there. This is a unrestored car that with very little could be taken to the next level. If you want something really cool and rare with out having to spend ridiculous money, then this is it.