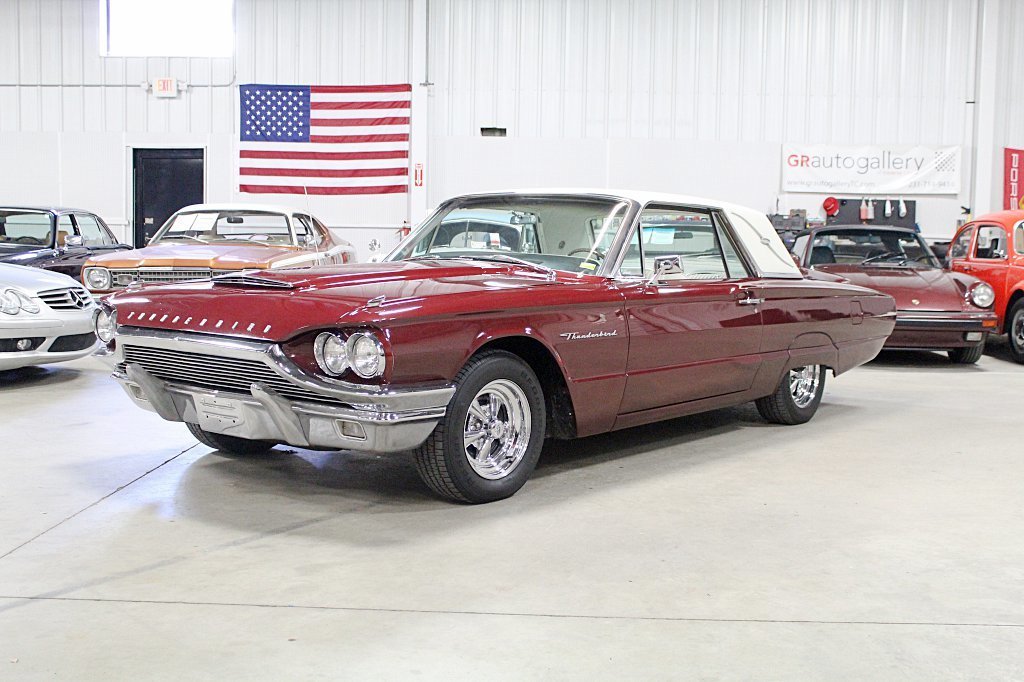 The Thunderbird needs no introduction, however there are several interesting facts regarding the fourth generation of cars offered by Ford. First of all, the fourth generation was extremely popular right off the get go selling almost 100,000 cars its first year, which was up nearly 50% from the previous year/generation. The 390 Cubic inch engine was standard producing a stout 300 HP and the only transmission offered was the cruise-o-matic 3 speed. Ford was still shifting gears from its original design that was sporty to a more formal look that was family sporty. This awesome car that we are proud to have was purchased new in Missouri in 1964 and then traded in, in 1967 where a gentleman purchased the car and owned it for more than forty years, recording all the mileage up until he sold the car in 2012 when it traded hands. There is a had written ledger with dates and mileage for the car. The mileage on the odometer says 10171 but based on the ledger, it is believed to be 110,171. The car has had one re-paint some time ago to its original maroon metallic, paint code X or as the salesman sold it as Vintage Burgandy. This car still retains its original drivetrain that starts, runs and goes down the road excellent. The interior seats must have been recovered as well because they show really well. The original build sheet and owners manual come with the car as does some of the service records including the lifetime warranty on muffler that the second owner had which he went through four mufflers with them throughout his ownership. We also have the original dog dish hub caps but not the wheels. This is a really cool, unmolested car with good ownership history.