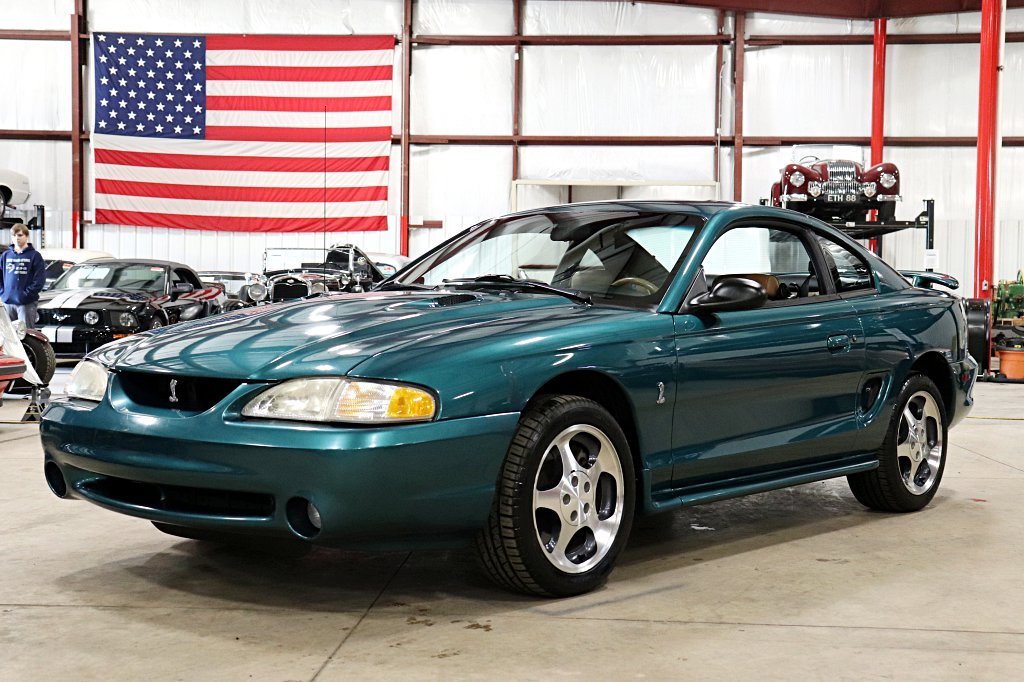 Through the years 1993 and 2004 Ford produced the Mustang SVT Cobra. The SVT was a high-performance version on the original Mustang. This was considered top-of-the-line as it was above the Mustang GT and Mach 1 options during its era. Starting with the 1996 model year, every Cobra engine was hand-assembled by two-person teams at the Ford Romeo Engine Plant in Romeo, Michigan a practice that continued through the remainder of SVT Cobra production. The SVT was added in 1996 and carried over into 1997, which allowed these ponies to reach 0 to 60 in seconds. In 1997 Ford released new color options as well, such as this beautiful Pacific Green.

GR Auto Gallery is pleased to present this 1997 Ford Mustang SVT Cobra. The previous owner only drove this on salt free roads, and it was garage stored. He kept this car in great condition for over 17 years. Walking around the car you will notice just how clean this Cobra is. At the turn of the key you have the power of the Mustang ready to go. Under the previous owner this car endured upgrades such as a Pro 5.0 quick shift, as well as a Ford Racing driveshaft was added. With a 4.6L V8 and 305hp this Mustang SVT Cobra is set for speed. The interior shows well in a tidy beige leather that allows a comfortable ride. With its manual transmission this car has a great handling of the road. This 1997 Cobra is a link in the natural progression of these cars that are still leading today's American performance automotive scene. Since 1964, every generation of the Ford Mustang is significant. The Cobra SVT is another stepping stone to greatness.