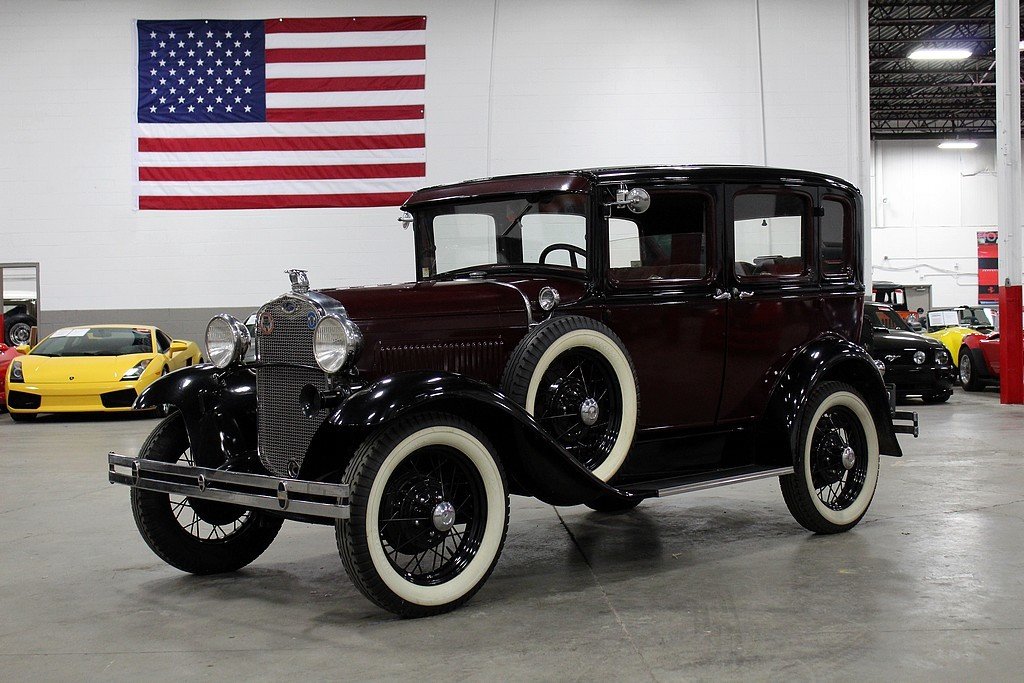 The GR Auto Gallery is pleased to present this 1930 Ford Model A. This astonishing time capsule comes with a burgundy paint job and brown interior. Powering this vehicle is a 201 cubic inch inline 4 cylinder mated to a manual transmission. A restoration is believed to have been completed on the Model A based on its condition. Additionally, the motor currently in the vehicle is not the original. The original motor has a cracked head and will come with the Model A. The current owner has been in possession of the Model A for the past 28 years. It has been meticulously maintained and shown at various classic car venues. Please call or email us today for more information.

The Ford Model A (also colloquially called the A-Model Ford or the A, and A-bone among rodders and customizers), was the second successful vehicle model for the Ford Motor Company, after its predecessor, the Model T. First produced on October 20, 1927, but not introduced until December 2, it replaced the venerable Model T, which had been produced for 18 years. This new Model A (a previous model had used the name in 1903–04) was designated a 1928 model and was available in four standard colors. By February 4, 1929, one million Model As had been sold, and by July 24, two million. The range of body styles ran from the Tudor at US$500 (in grey, green, or black) to the Town Car with a dual cowl at US$1200. In March 1930, Model A sales hit three million, and there were nine body styles available. Model A production ended in March 1932, after 4,858,644 had been made in all body styles.