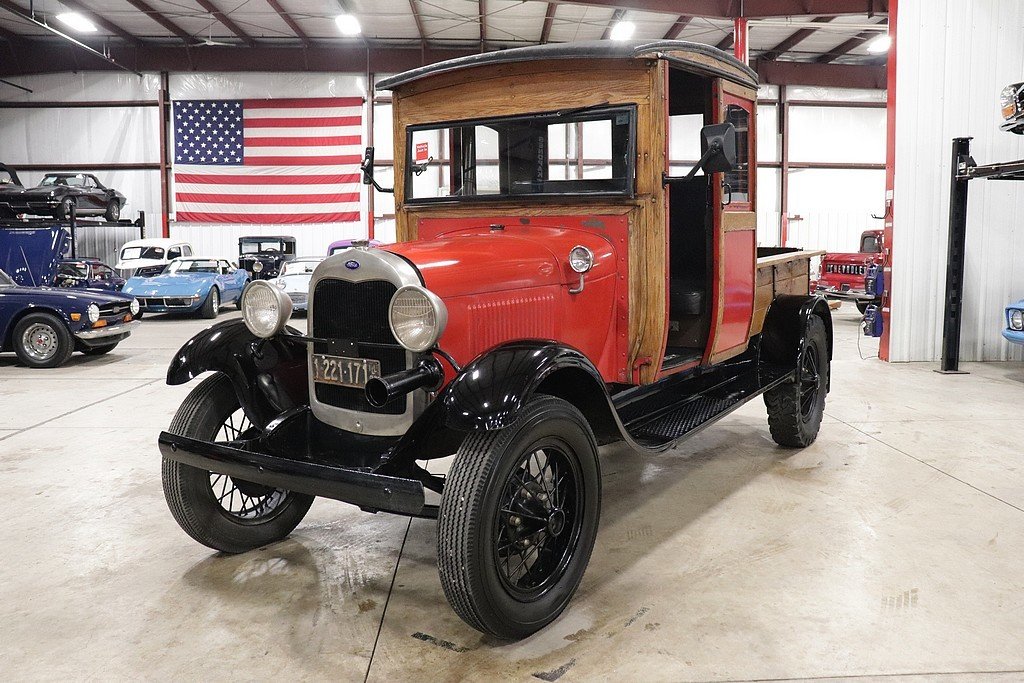 GR Auto Gallery is pleased to present this 1930 Ford Model A truck for your consideration. The truck is believed to be an old firetruck, although we have no documentation of this. This heavy duty classic truck has a heavy duty rear end and springs. It rides on 7.5 – 20 Goodyear tires in the rear on factory steel wheels with Coker Classics in the front. The cab was built by John Guedechuefer W agon CO in Indianapolis, Indiana. The sliding doors work properly and open and shut easily. Highlights include trailer hitch, aftermarket turn signals, dual cowl lights, 2 piece bench seat, vent able windshield. The truck is a unique piece that runs and drives very well and is the perfect addition to any collection.