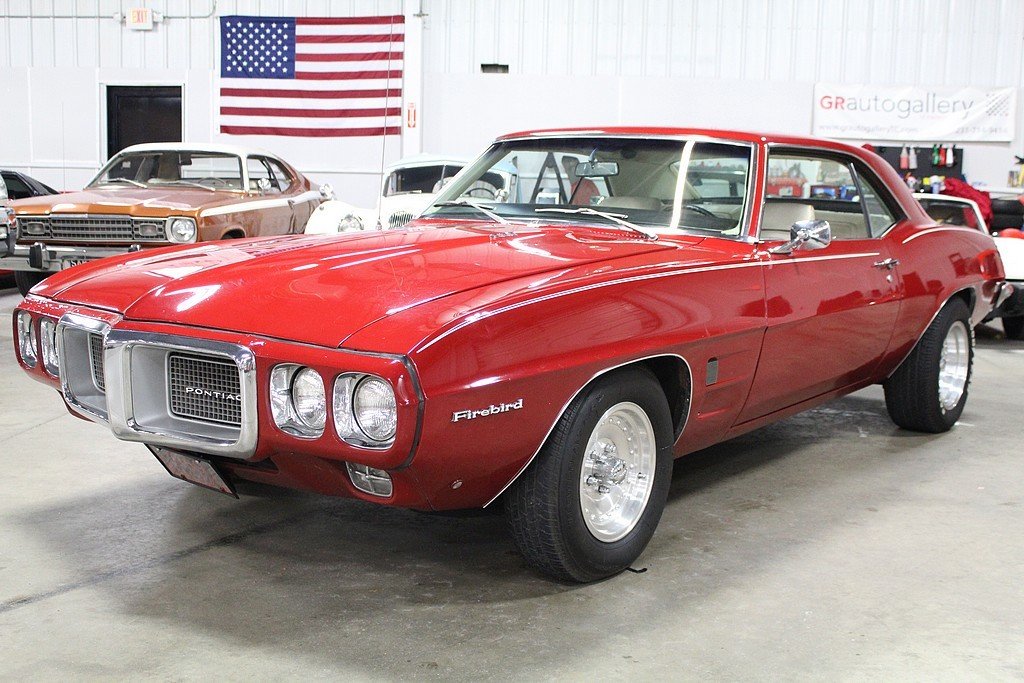 The name Firebird was originally used in the 1950's by GM for some of their concept automobiles, however the Pontiac Firebird came to fruition in 1967 and was built until 2002. It was an American sports car designed to compete with the likes of Mustang by Ford and Cougar by Mercury. The Firebird shared the platform of the Camaro and both were very successful. The first generation had a short run from 1967 through 1969 and was offered in a two door hardtop or convertible. This particular Firebird has had two owners since new and comes with the build sheet. The first owner was a woman by the name of Kate Weber, she worked for General Motors for 25 years and the Firebird was her retirement gift to herself. She sold the car to our current consignor when she was 102 years old in 2004. The car had been repainted in the 1980's but the rest was all original. At the time of delivery, he rebuilt the engine and cleaned it up as it had been sitting for some time. There are some things now that are not original like the wheels and such but he has all the original parts including wheels and parts replaced that will accompany the car. There is photo documenting his purchase as well. This is a really nice solid car that starts, runs and drives very strong with some cosmetic issues with the old paint.