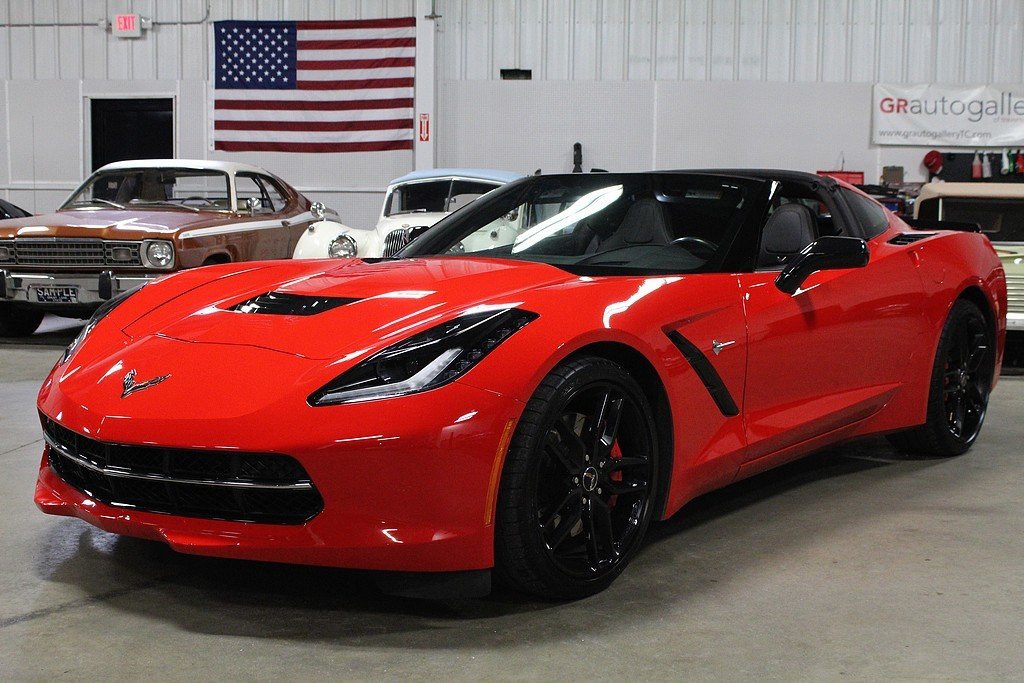 The latest generation of the Corvette, the C7 began in 2014. It was originally slated for a 2011 debut as the design started in 2011. The car was also being looked at to take on a rear or mid engine configuration, however to keep production costs lower they decided to keep the tried and true front engine rear drive set up and decided to focus there attention to the design of the body as it became aware to GM that the Corvette was becoming the “old man” car. So they got their best designers on this and came out with a spectacular new design that was an instant hit. They used a LT1 6.2 Liter putting out north of 450 HP, carbon fiber was widely used in the layout as well. The Stingray was also a return for the Corvette and this standard Vette is the most powerful to date all while exceeding better than 25 MPG on the highway. This particular Torch Red over black beauty is a One-Owner example with a 7-speed manual transmission with under 18,000 miles from new. This car comes with fitted car cover, both sets of key fobs, owners manual, build sheet, original sales docs and a clean carfax. This Stingray is a must drive. It has several variants of power modes for different driving making this fun, loud and fast. These cars are a ton of bang for your buck when new and a even better value used.