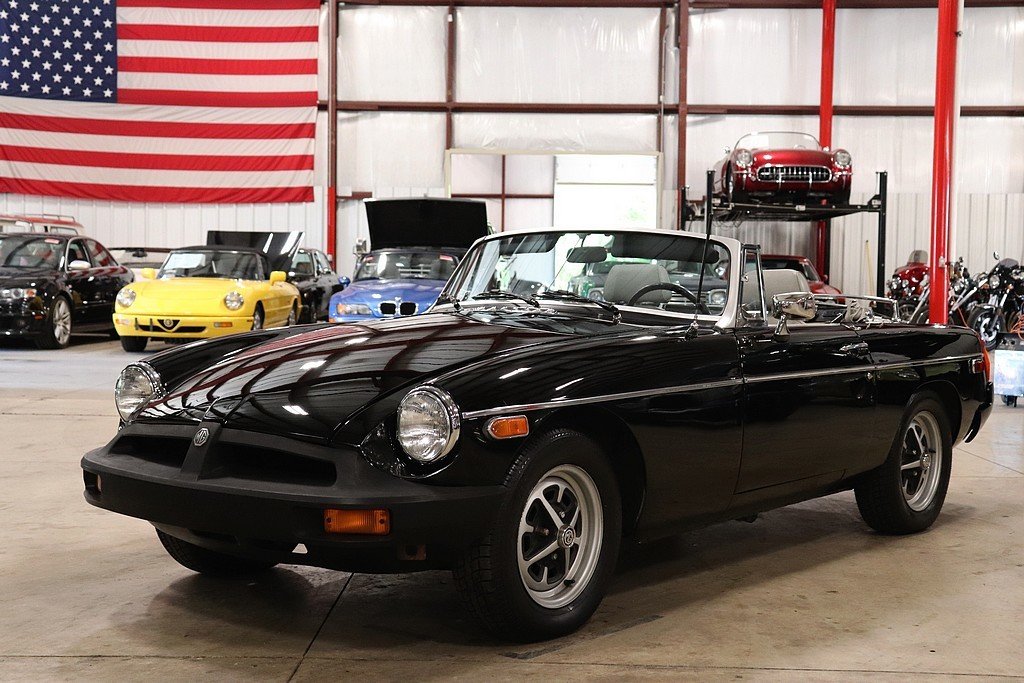 Production of the MGB began in October 1962 just after the production of the MGA had ceased. Though often referred to as a roadster, the MGB had roll up windows, outside door handles and vent wings. A Mark II version was added in 1967, and the car stayed in production until 1980, becoming one of the most successful British sports cars of all time, with a total of over 300,000 cars being exported to the U.S. alone. The classic MGB's continued the stronghold that MG had over the market of small roadsters than began post World War II. With great styling and handling (featuring a better suspension than MGA's) the MGB continued to gain popularity in the United States. 1975 marked the 50th anniversary for MG.
GR Auto Gallery is pleased to present this 1975 MG MGB for your consideration. The L4 1.8L, 1798 cc engine runs as it should and the car handles very well. According to the owner, the transmission and the clutch are freshly rebuilt. The car has been well cared for over the years and comes with a file of several receipts for minor work done to and recently it has had over $700 worth of small items done to it at the world renown University Motors. The black paint shows well and shines up nicely. The convertible top and the interior remain in excellent condition as well.