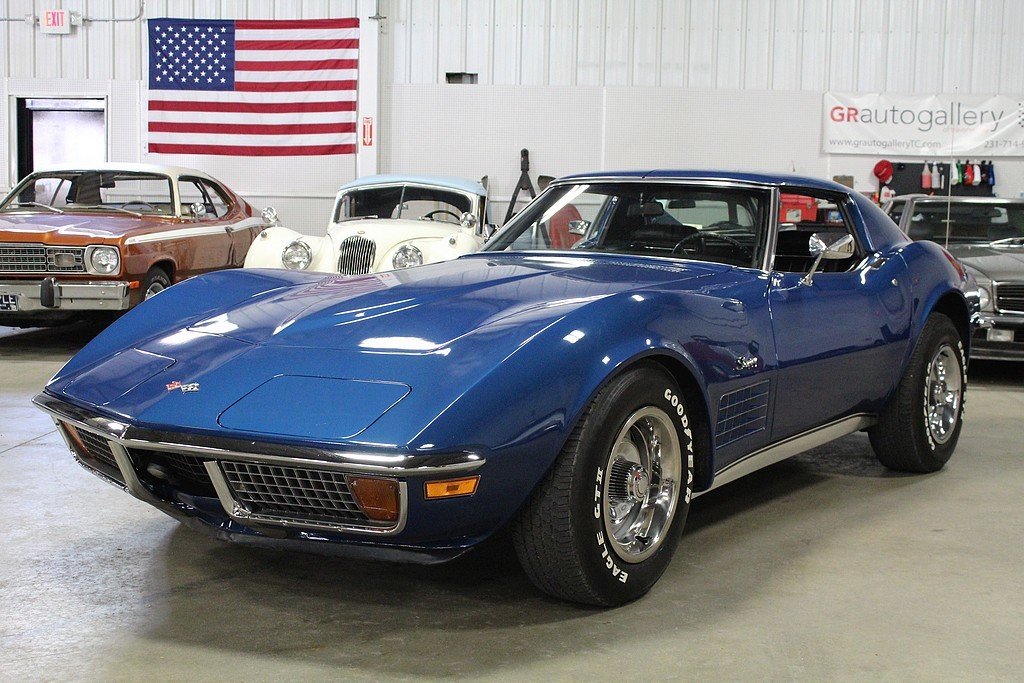 The third generation Corvette or C3 is known around the world as the Mako Shark as that's how it was designed to look. It was built from 1968 through 1982, pretty much the toughest time in history to be a automotive builder. We were in the middle of a fuel crisis, the government now had control of emissions, technology was in its infancy and a few other things that would have made it touch for anyone. The C3 has a lot of enthusiasts and followers and now it also has some collectability as the prices on these cars have really started to climb for nice examples. This particular 1972 model comes out of long term 25 year ownership and is finished in gorgeous Targa Blue over black interior. It is the final year for the chrome bumper cars which in our opinion makes these cars stand out. The frame on this car was replaced due to some corrosion in 1997, the exterior was completely redone and interior was restored in 2008. The car is a factory A/C car with a retrofit of R134 done in 2014. This car is absolutely a great example that drives and goes down the road as beautiful as it looks. The car comes with its original owners manual and both sets of keys.