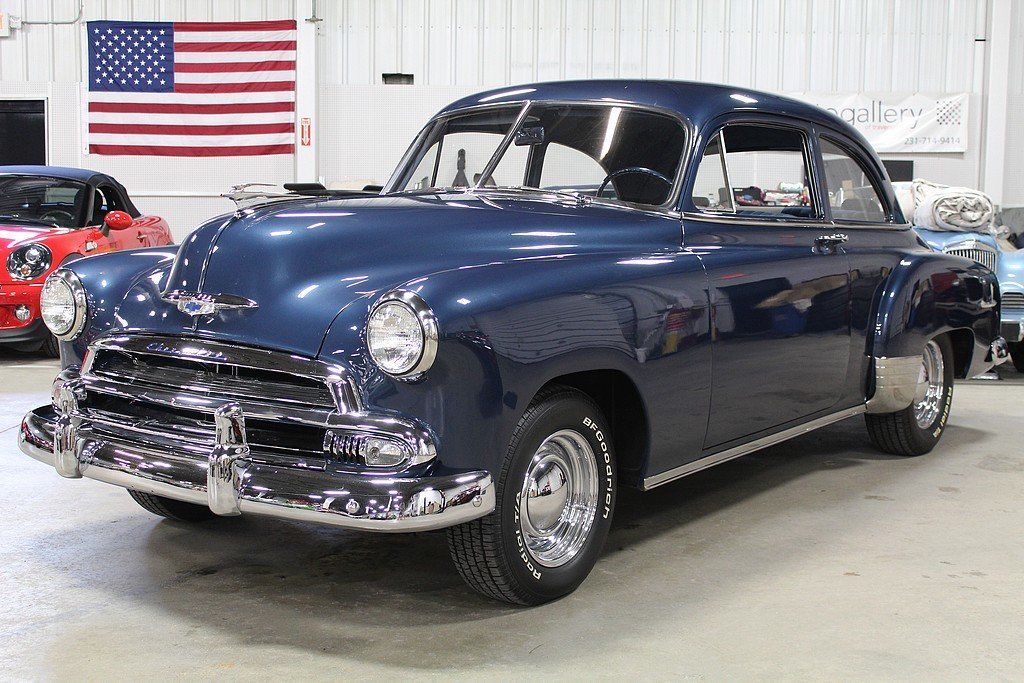 The Styleline ran from 1941-1948 with the second series running from 1948-1952. However there were subtle changes to the engine and componentry but the body was different. Due to the War and stopped production for several years of civilian automobile making there was a 10 year period where much did not change. The Syleline deluxe was the “Brand New” upper-end model for Chevrolet. Brakes were a larger 11” drum, it had full instrumentation standard and the front suspension had stabalizers. Also for the second generation a larger engine was offered putting out over 100 HP. This particular Styleline has quite a history, It was purchased new in Indiana in January of 1952 where it remained in the same family for 30 years. It was then sold in 1982 where it remained until 1999. At this time it switched hands again where it underwent a full restoration over the course of a couple years. At this time It was sold after completion to our consignor where he has had the vehicle since 2002. I have the original title as well as documentation of ownership history. Also included in the sale is written correspondence between 3rd and 4th owner as well as restoration receipts and what was completed as well as car shows attended. This is a very nice car that runs even better.