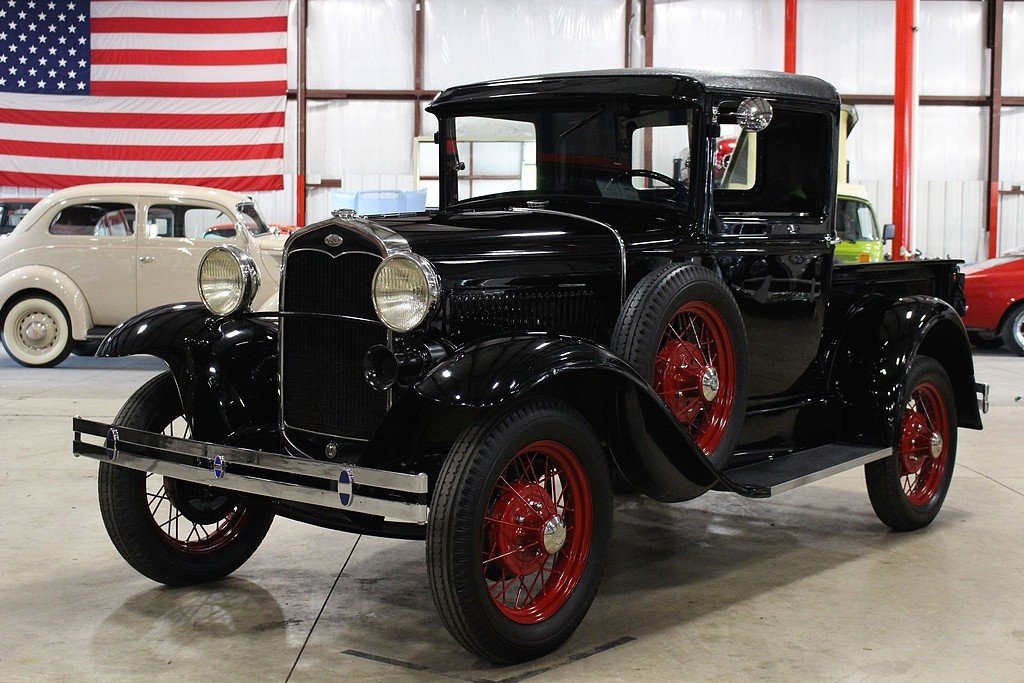 This beautifully restored 1930 Ford Model A Pickup is one of the more rare offerings we have the pleasure to offer for your consideration. With a very well done restoration completed just a few years back, this vehicle sure does show well in Black with red 19 inch wire wheels. The Truck fires right up and handles very well. It has a fender mounted spare, beautiful wood bed, and beautiful chrome. The Pickup has lived its whole life in Michigan and started out as a delivery vehicle for a local grocery store in Holland. The Model A also has a trailer hitch. This is a lot of truck for the money, don't miss your opportunity to make it your own.