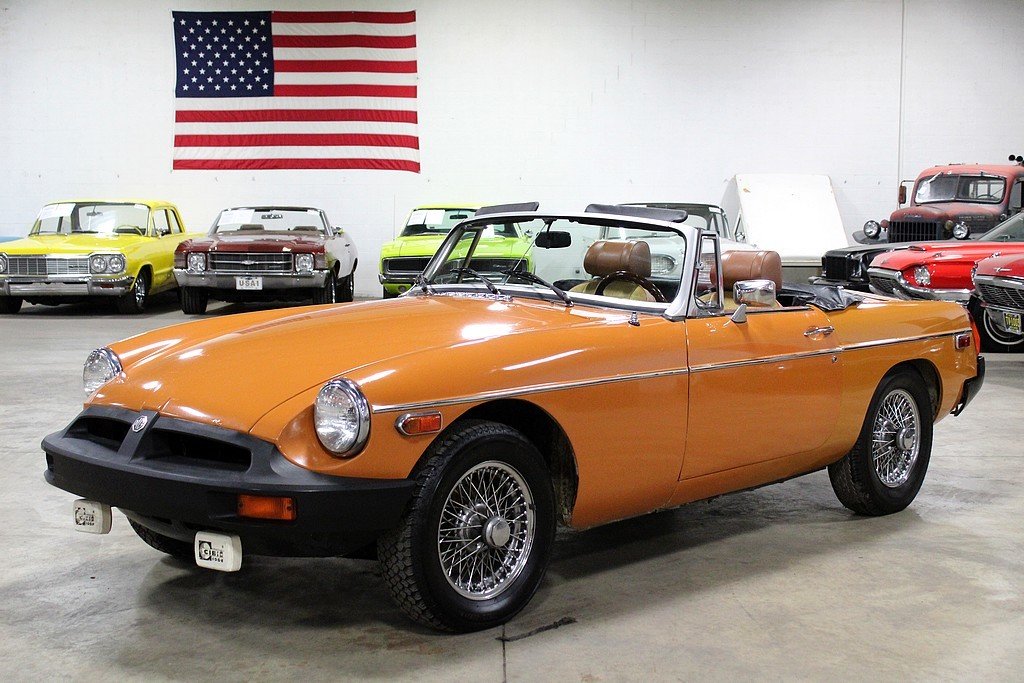 GR Auto Gallery is pleased to present this nice driver quality MGB roadster and in very nice mechanical condition and lots of appeal. The 1800cc engine runs well and pulls strong once it's warmed up. The 4-speed manual is smooth and strong in each gear. The market is always strong for these fun and sporty convertibles and they carry a large following among the car enthusiasts. The current owner has owned this vehicle since the early 90's and put very few miles on it throughout the ownership. The mileage is believed to be original and true to the car, we have been provided with a statement of valuation from September of 1993 that shows the vehicle with 9,962 miles on it, also with documentation mentioning completed suspension work, lubrication, and stating the engine was rebuilt in August of 1993. Please call or email us today for more information.

Production of the MGB began in October 1962 just after the production of the MGA had ceased. Though often referred to as a roadster, the MGB had roll-up windows, outside door handles and vent wings. A Mark II version was added in 1967, and the car stayed in production until 1980, becoming one of the most successful British sports cars of all time, with a total of over 300,000 cars being exported to the U.S. alone. The classic MGB's continued the stronghold that MG had over the market of small roadsters that began after World War II. With great styling and handling (featuring a better suspension than MGA's) the MGB continued to gain popularity in the United States. 1975 marked the 50th anniversary for MG.