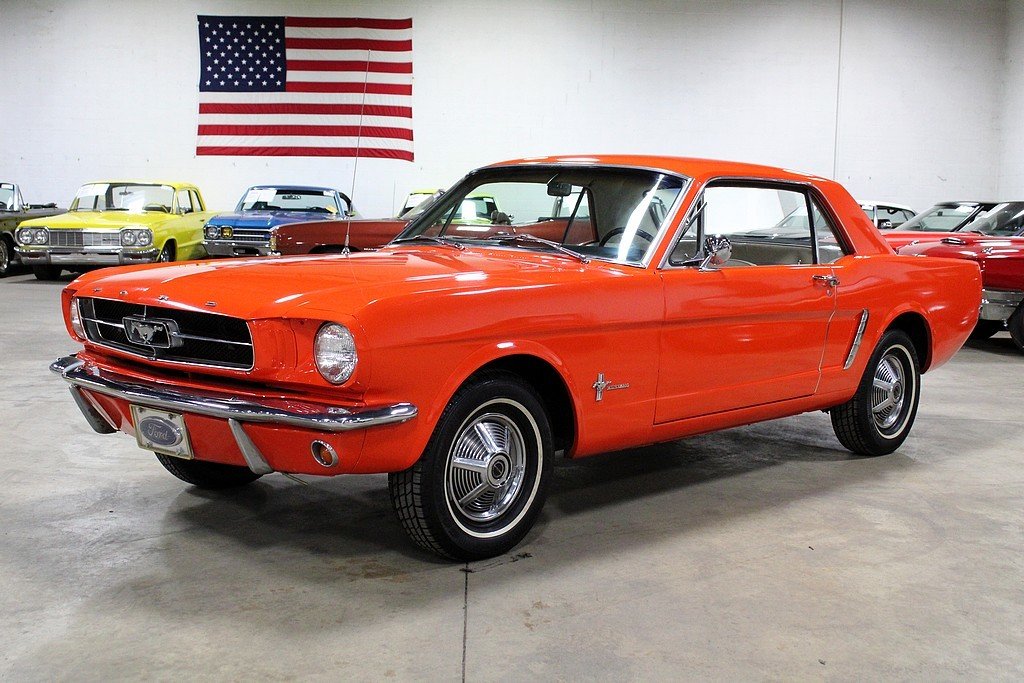 GR Auto Gallery is pleased to present this 1965 Ford Mustang for consideration. This vehicles exterior is finished in Poppy Red, the original color, paired with a White Vinyl interior that is in fair condition considering the age of the vehicle. This is a three owner car, the first owner had the vehicle in his hands for nearly 29 years, the second owner for 24 years and the currently owner has had it for the remaining amount. According to the current owner, this vehicle is completely original other than the paint on the vehicle. The motor is believed to be original with 114,009 miles on it currently. With just a turn of the key the small 200ci I6 comes to life and idles and runs as it should. The three speed manual transmission is strong in each gear and pairs great with the inline 6. Please call or email us today more information on this 1965 Ford Mustang.