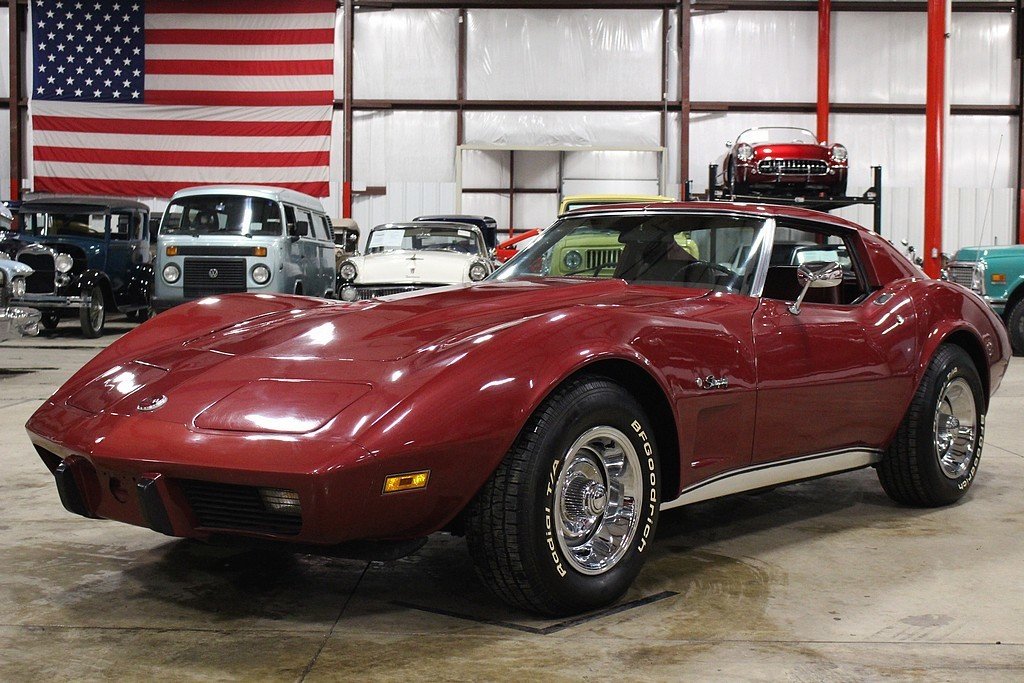 The Chevrolet Corvette, known colloquially as the Vette, or Chevy Corvette, is a sports car manufactured by Chevrolet. The car has been produced through seven generations. The first model, a convertible, was introduced at the GM Motorama in 1953 as a concept show car. Myron Scott is credited for naming the car after the type of small, maneuverable warship called a corvette. Originally built in Flint, Michigan and St. Louis, Missouri, the Corvette is currently manufactured in Bowling Green, Kentucky and is the official sports car of the Commonwealth of Kentucky.

GR Auto Gallery is pleased to present this 1975 Chevrolet Corvette for consideration. This era was a tough time for auto manufacturers in general due to the new safety regulations, oil embargo and the onset of technology. So, the 1975 through 1975 models were advertised as the “More Efficient Corvette”. This particular Corvette is powered by a 355 v8 with a turbo 400 automatic transmission. The small block was nicely painted and presents well. According to the owner the engine has been rebuilt. The engine was dressed up a little bit with a Edelbrock intake, Quadrajet carburetor, Edelbrock valve covers and air cleaner. Options include power brakes, power steering, power windows, JVC tape player, T tops, air conditioning, and tilt wheel. The car presents well and handles the road nicely.