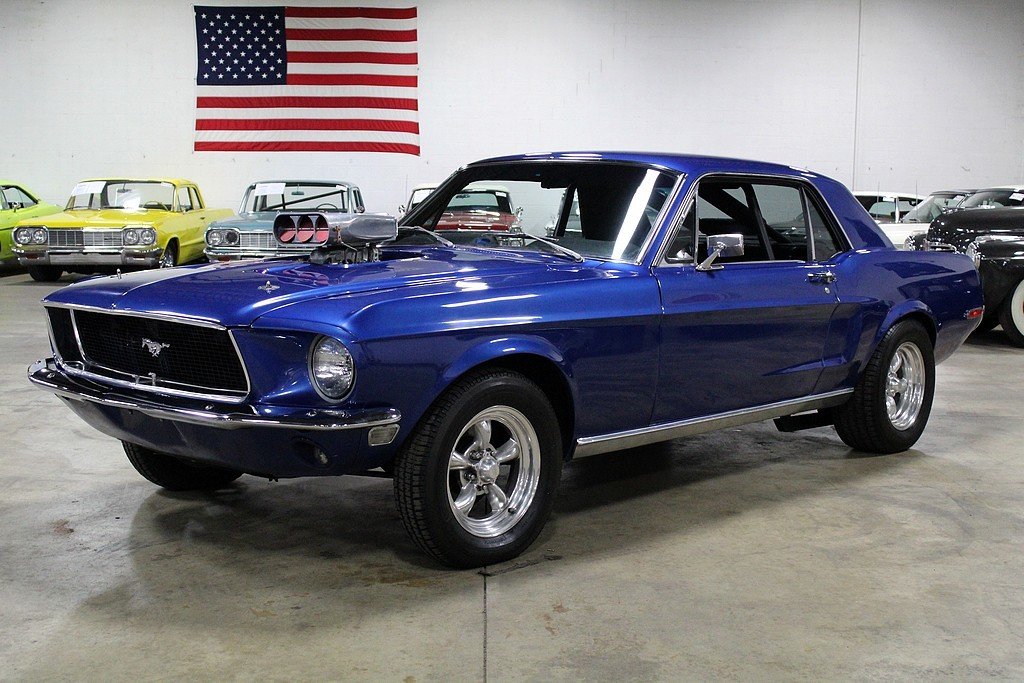 When Ford introduced the Ford Mustang in 1964 an instant love affair with the American Pony Car was born. The Mustang was smaller, lighter, and more nimble that any American manufacturer had produced thus far. This coupled with its fresh design, the Ford Mustang became a must-have among the American public. 1967 marked a pivotal year for the Mustang, as this was the first time since the first generation made its debut that vast changes were made to the Mustang. Making it larger and having many more engine options than before. It also eliminated some things that did not make sense. 1968 was just the same and by this point, Ford had found the next best thing and had very little for competition comparatively. So iconic is the Highland Green fastback that Lieutenant Frank Bullitt drove through the streets of San Francisco, that Ford itself has done two modern versions of the Bullitt Mustang-the first in 2001, the second in 2008.

GR Auto Gallery is pleased to present this 1968 Ford Mustang for consideration. This Mustang is finished in a Blue exterior paint and is paired with a Black vinyl interior; both are in fair condition and show well after receiving a full professional detail. The powerplant in this Mustang is a 302 cubic inch V8 with a B&M supercharger that was installed by the previous owner. Paired with the motor is a 4-speed manual transmission with a Hurst shifter that is smooth and strong in every gear. The Ford Mustang remains an American icon and is hand down, one of the most recognizable cars ever produced. These cars have a loyal following that continues to grow and for this reason are globally sought after. Please call or email us for more information on this 1968 Ford Mustang.