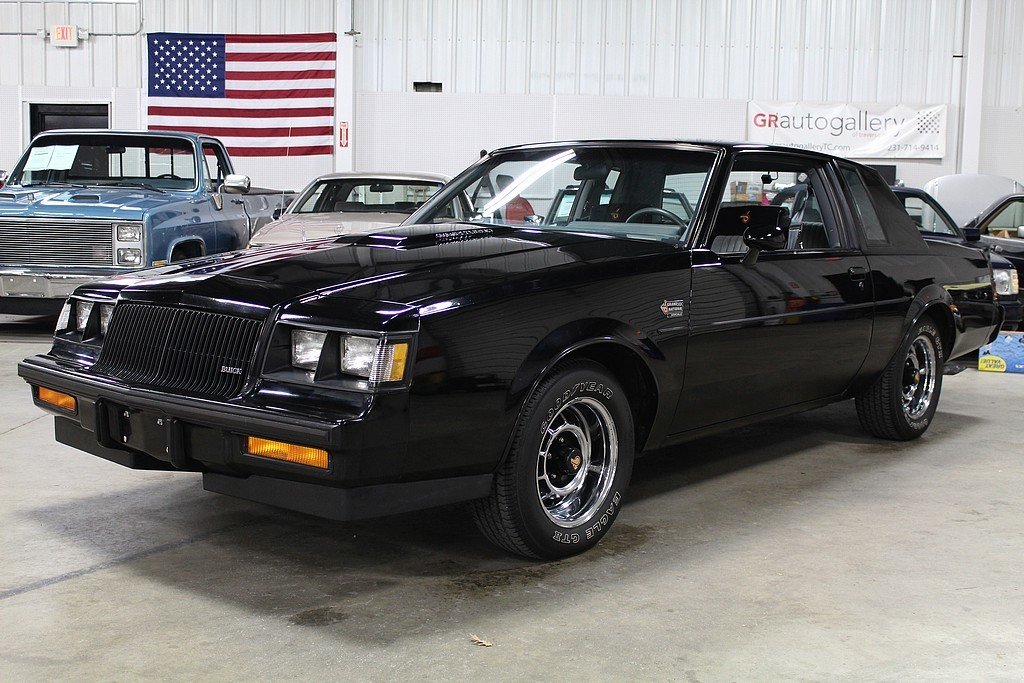 Introduced in 1973, the Regal is an upscale mid-sized automobile built by Buick. Production ended for the Regal in 2004 and began again in 2011. It was also considered a upscale sports sedan by American standards. The second Gen cars were built from 1978-1987 and Buick was starting to experiment with Turbo variants which was not the norm for US auto makers, however they hit a home run with the Regal T-type turbo, Grand National and GNX. These cars had tremendous performance and had better 0-60 and quarter mile times than any V8 on the road and had a power curve that was more like Ferraris and Porsches. The 1987 was the final year and undoubtedly the most desirable then and now. In fact, the Grand National production run was extended to December to keep up with demand. This particular absolute time capsule is a very exciting car. It is offered in 100% stock condition with a perfect carfax. It was purchased new by a Buick Executive whom only had ownership for a very short several months, it then was sold to the current owner who has owned it ever since. Last titled in march 1988, this car has never seen any weather with perfect storage. The car still sits on its original tires from the Factory. The owner thought about having a exhaust leak fixed, but due to it never having anything replaced, he decided against it so there is a small exhaust leak but not in the manifold somewhere in the pipe or muffler. The interior is like new and the car runs and drives so nice. The car has just received a full service and a clean check up. It is ready for a collection, show or just a nice drive. These Grand Nationals will give you a grin ear to ear and demand all the attention.
To see over 80 photos of this car, including under carriage please visit our website www.grautogallery.com