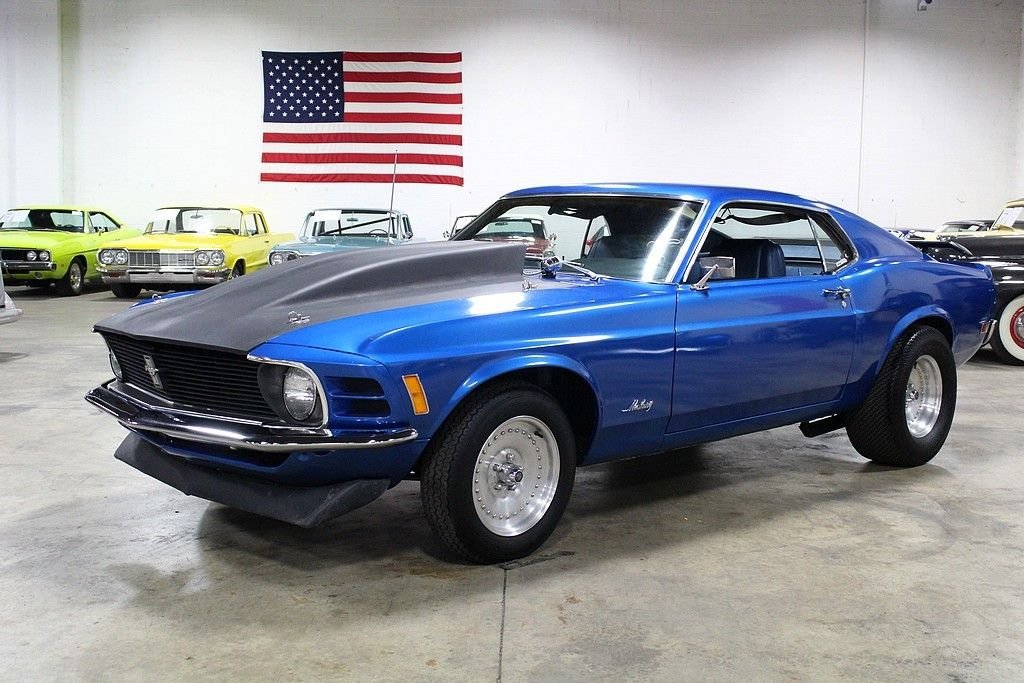 GR Auto Gallery is pleased to present this 1970 Ford Mustang Fastback for consideration. According to the owner, this Mustang was owned by the same gentleman for multiple decades and was used as an old-school weekend street racer. The vehicle is unrestored and the interior is believed to be all original, the body panels appear to be original, including the rear quarter panels. The engine is a 351 cubic inch V8 with a few modifications done to it; it features aluminum heads, aluminum intake, MSD distributor and MSD ignition. The car was originally a manual transmission vehicle, but as mentioned it was a gentlemen's weekend warrior, so he installed a firm shifting automatic in it. The rear differential was upgraded to a Nodular “N” 31 spline and it also features Mickey Thompson cheater slicks with weld wheels. The car comes with the fiberglass hood shown in photos and the current owner also has the stock metal hood with a vintage teardrop scoop available if desired. This is a great running Mustang that appears to be free of any rusting or issues, please call or email us today for more information.