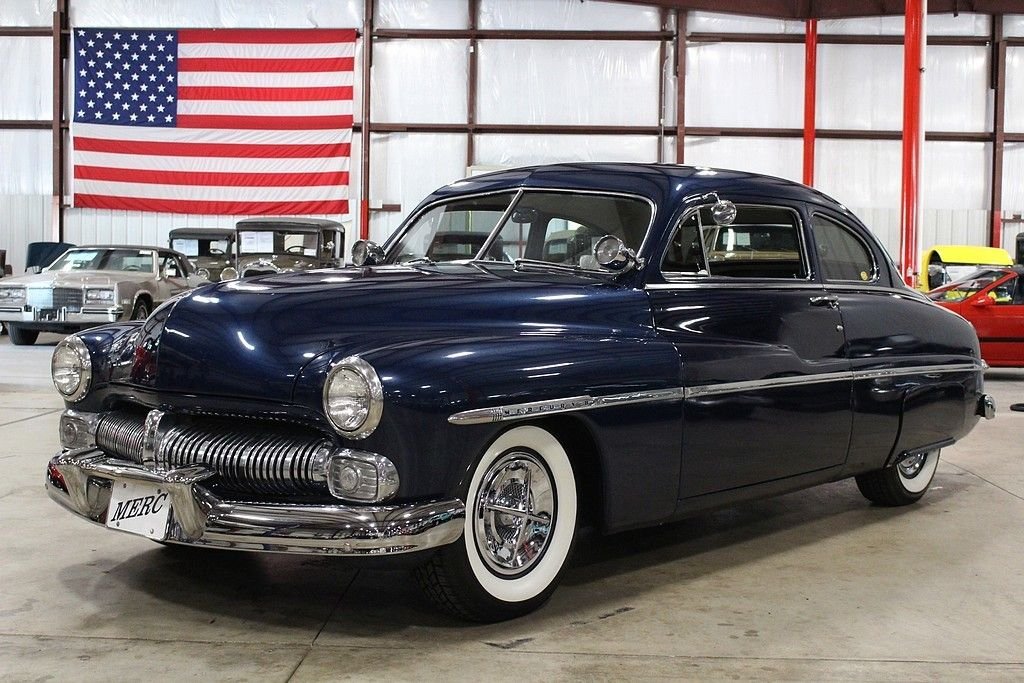 Coming off a nationwide freeze of manufacturing, Mercury began their production of their first vehicle since World War II. The legendary flathead V8 continued into the new model year but with a slight improvement in power, the transmission received an excellent option for overdrive giving it a bit of an easier to manage top speed and with its new “ponton” styling found on the Mercury Eight, this vehicle became an instant hit. This new design gave the Mercury Eight a much more distinct look differentiating it from its cousin, the Lincoln, and although Lincoln was popular in sales that year as well, Mercury went on to take honors for most sales and broke the record amount in its first year after war. The first few years of Mercury post-war became a popular car to customize and even developed a catchy name, the “lead sled”. This mass market for hot rods and custom rides caused there to be very few original ones still intact and those which were left in an unmolested state became more valuable as the years went on.

This sleek 1950 Mercury 8 features a professionally rebuilt 350 v8 that was built by Eckberg Motors Rebuilding Inc. paired with an automatic transmission. The block was bored and honed and the valves were ground. Over $11,000 was spent on the drivetrain at this time and comes with a receipt showing this done in 2004. The car has not been driven much since then. The engine was given new main bearings, flat top pistons, 4 barrel intake and a 4 barrel Holley Carburetor. According to the owner, the transmission was also rebuilt. The car features power brakes, Ford 9 inch rear end with 370 gears, dual exhaust with Magnaflow mufflers, Dakota digital gauges, electric cooling fan, chrome valve covers and air cleaner, Pioneer CD player, wheel skirts, spot lights and a trailer hitch. This car is set up to cruise and is a blast to drive. Cosmetically the car shows very well. The paint and chrome are in beautiful condition.