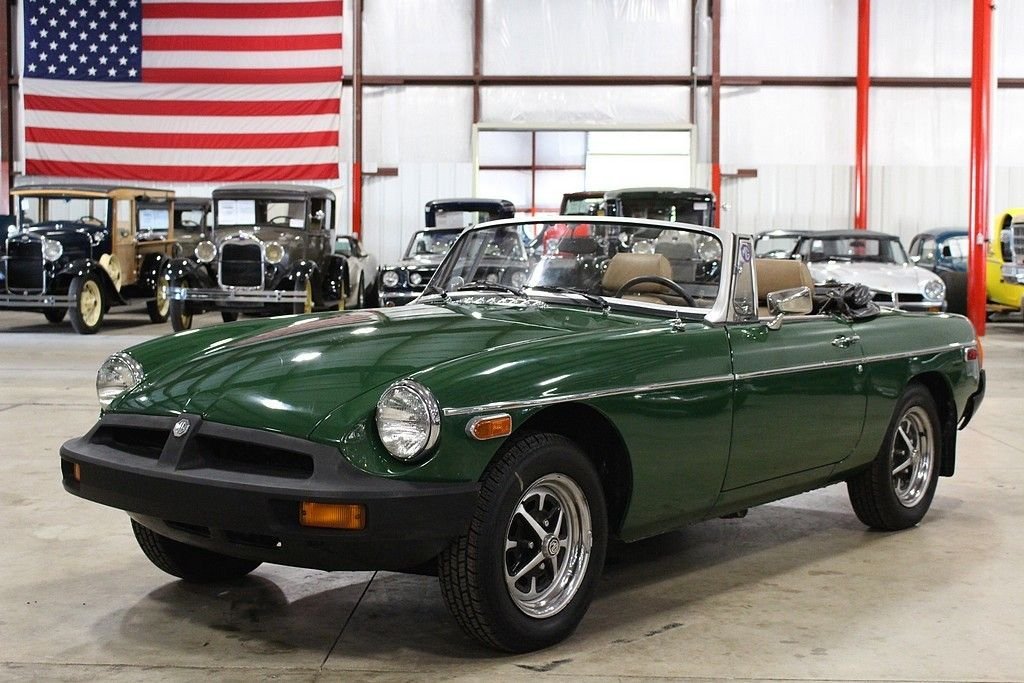 Production of the MGB began in October 1962 just after the production of the MGA had ceased. Though often referred to as a roadster, the MGB had roll up windows, outside door handles and vent wings. A Mark II version was added in 1967, and the car stayed in production until 1980, becoming one of the most successful British sports cars of all time, with a total of over 300,000 cars being exported to the U.S. alone. The classic MGB's continued the stronghold that MG had over the market of small roadsters that began after World War II. With great styling and handling (featuring a better suspension than MGA's) the MGB continued to gain popularity in the United States. 1975 marked the 50th anniversary for MG.
GR Auto Gallery is pleased to present this nice driver quality MGB roadster and in very nice mechanical condition and lots of appeal. The engine revs well and pulls strong once its warmed up. The 4-speed manual is a smooth operator and the current owner claims a new a new slave cylinder was in the clutch was installed. Additionally, the car has newer tires mounted on the factory steel wheels and new brakes are installed underneath as well. The current owner has had the car for the last ten years and claims it came out of California.
Finished in a stunning shade of British Racing Green (BRG) over tan, this MGB has a classic vibe to it. The paintwork is in good shape and shows evenly. The chrome trim is nice and bright. The top appears to be decent apart from a small rip near the rear window that can be easily stitched back up. The interior is nice with clean and stain free seats, uncracked dash and working instruments. The car has a working fan as well as lights and stereo. But who cares, this is a car that is meant to be out on the road and enjoyed. Enjoy the car shows and drive a great vehicle or open up the wallet and bring this car back to its glory and ride the wave of appreciation over the next several years. They made a fair amount of these, but very few are left on the road that retain so much original equipment and haven't fallen victim to the rust monster that many of these have.
To see over 80 photos of this car, including under carriage please visit our website www.grautogallery.com