"Mercury Without The Lead" 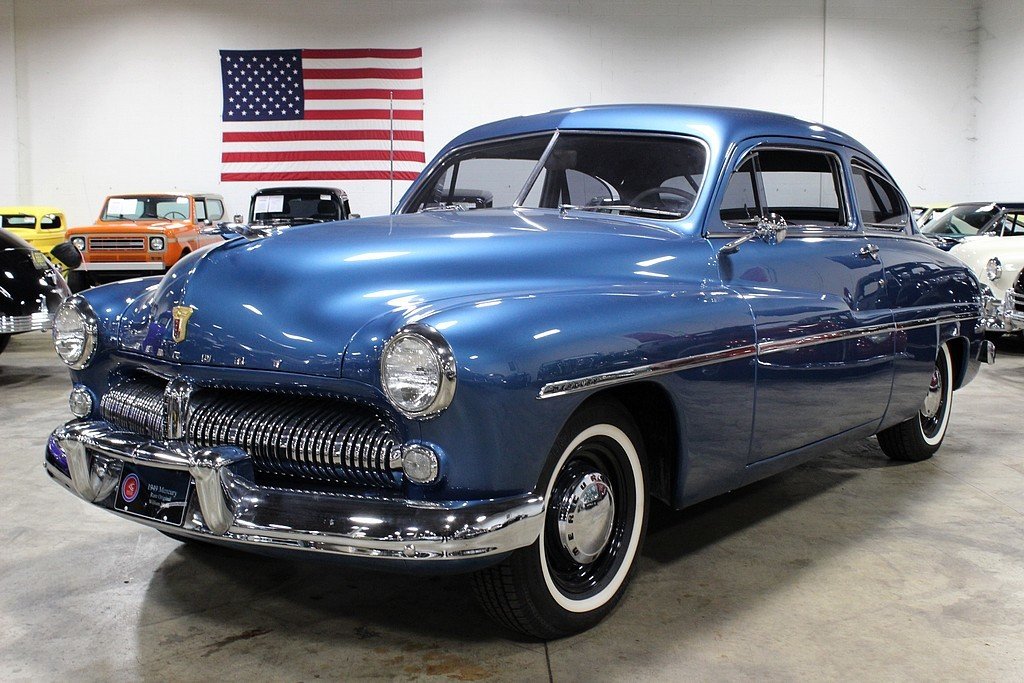 Coming off a nationwide freeze of manufacturing, Mercury began their production of their first vehicle since World War II. The legendary flathead V8 continued into the new model year but with a slight improvement in power, the transmission received an excellent option for overdrive giving it a bit of an easier to manage top speed and with its new “ponton” styling found on the Mercury Eight, this vehicle became an instant hit. This new design gave the Mercury Eight a much more distinct look differentiating it from its cousin, the Lincoln, and although Lincoln was popular in sales that year as well, Mercury went on to take honors for most sales and broke the record amount in its first year after war. The first few years of Mercury post-war became a popular car to customize and even developed a catchy name, the “lead sled”. This mass market for hot rods and custom rides caused there to be very few original ones still intact and those which were left in an unmolested state became more valuable as the years went on.

GR Auto Gallery is pleased to present this highly original and unmolested example of the 1949 Mercury Eight Coupe for your consideration. Believed to be all numbers matching, this vehicle shows much like a museum piece as it harbors its flathead V8, features a beautiful factory color both inside and out and is so drivable it would seem it had been manufactured just yesterday! From top to bottom, inside and out, this vehicle stands tall with all the right parts and pieces to give this vehicle so much nostalgia it's palpable. From the outside, the Atlantic Blue exterior looks sharp with all its chrome and emblems in great condition, the lights are all functioning and its original wheels with wide white wall tires add to the styling. This vehicle does come with its side skirts painted to match as well. The interior is like new with its original dash and gauges, the cloth two-tone material although re-upholstered, sits era-correct and in great condition and really sets this one apart from the rest. This vehicle and current owner have been personally invited to one of the more highly touted events in the Michigan area, Eyes on Design, and not only was it invited two separate occasions but was also able to win a “Best of Show” on its most recent visit. Most of the Mercury models of this era were recreated into what became popular and aptly named the “lead sled”, this is a true survivor of any customization and coming from the warm parts of California, this vehicle is even more so rare due to its lack of heater!

A real find for those who love the classic ride without the customizations or replacement parts found in almost all of this era, call or email us today for a closer look into this beautiful example and first-year post-war Mercury!