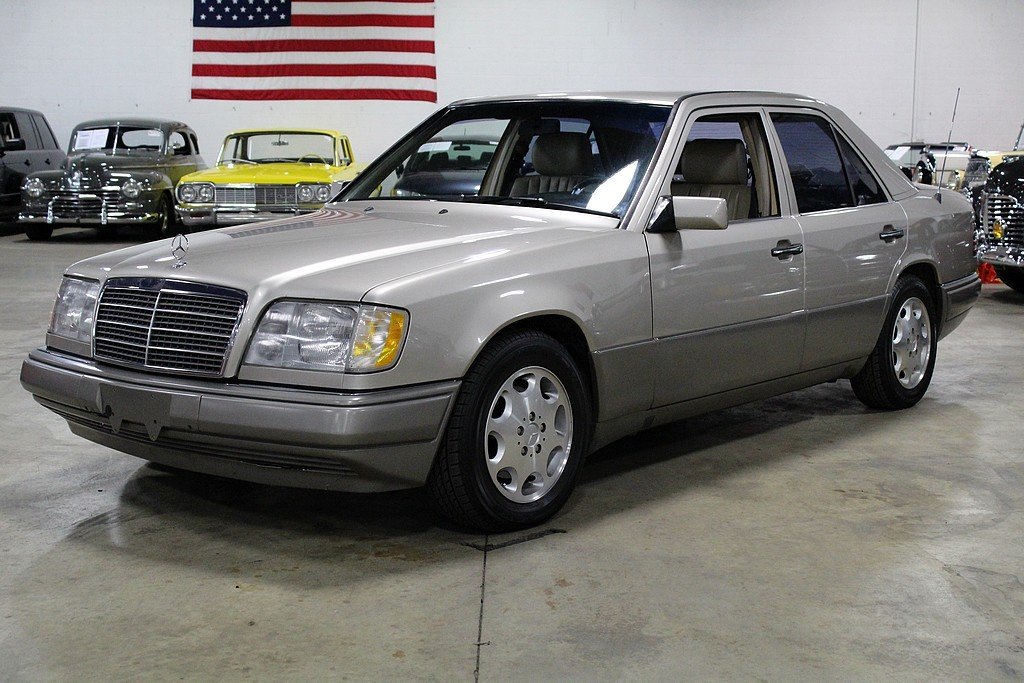 The "E-Class" name first appeared in with the facelifted W124 in 1993 for the model year 1994 (the W124 was introduced in 1984 but continued with the older naming convention until 1993, when all Mercedes-Benz models switched to a new system, e.g. E 320 instead of 300 E). The diesel versions continued to be the fuel economy option over the four and six-cylinder gasoline engines, and the gasoline V8 engines (available after 1992) increased gasoline power outputs further. Four-cylinder gasoline models were not marketed in the United States. The V8 powered sedans/saloons were named 400 E/500 E from 1992–1993, and E 420/E 500 after 1993. Likewise, the 3.0-litre cars (e.g. 300 E) were also re-badged to E 320 with the new 3.2-litre M104 engines and naming rationalization of 1994. For the diesel models, the name change was less elegant, with the 250 D becoming the E 250 Diesel for example.

GR Auto Gallery is pleased to present this 1995 Mercedes-Benz E300 Diesel for your consideration. This vehicle shows extremely well for the age with very minimal wear on the body. The interior has been cared for exceptionally well since new and looks to be like-new. According to the owner; this vehicle was a Florida car up until November of 2016 and the miles are all original. He recently replaced all 6 glow plugs, new plastic lines on the injector pump, new hood pad, new oil fuel and air filters, new wiper blade, new manifold gasket, PS filter and much more. This is a great running car that is turnkey ready, according to our intake inspection, all vehicles glass, mirrors, wheels, hood and trunk latches, headlights / taillights / signals, wipers, horn, seats, radio, locks, heater and A/C, sunroof, all function as they should and are in good condition. Please call or email us today for more information on this 1995 Mercedes-Benz E300 Diesel.