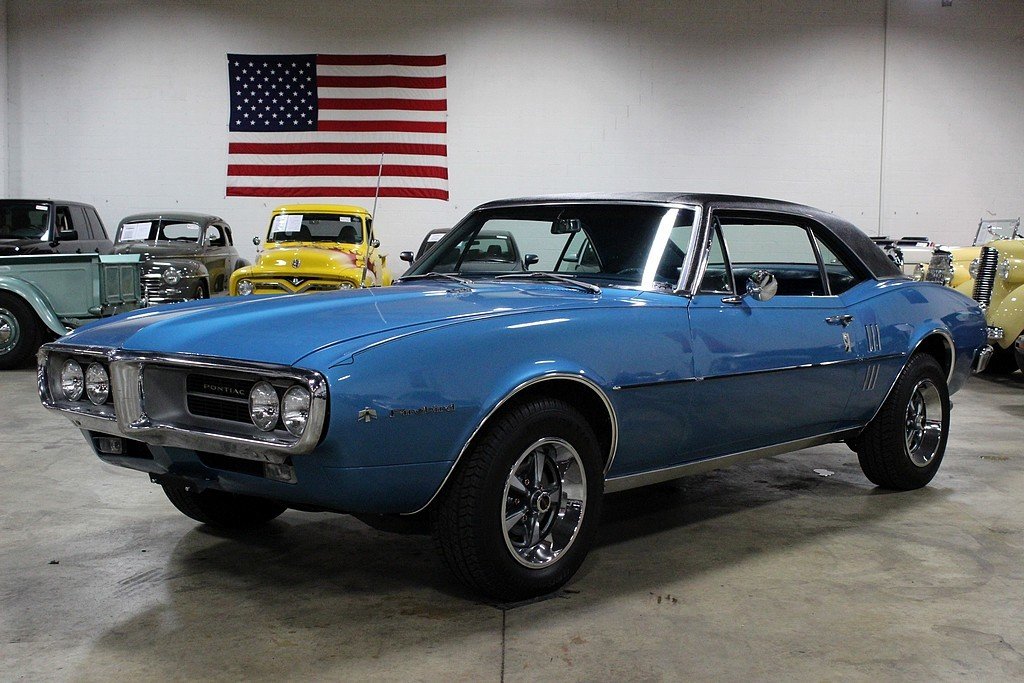 The first generation Firebirds had a characteristic “coke bottle” styling Unlike its cousin, the Chevrolet Camaro, its bumpers were integrated into the design of the front end and its rear "slit" taillights were inspired by the GTO. As GM entered the burgeoning pony market, the Firebird lived on for the rest of the century. Pontiac's upmarket version of Chevrolet's Camaro pony car appeared in mid-1967. Brought to market under John Z. DeLorean's watch at Pontiac, the original Firebird offered deluxe accouterments, in addition, competitive pony car performance. From 1967 to '69, Firebird offered an unusual single overhead camshaft inline six, available with a four-barrel carburetor in Sprint models. Pontiac's 326- and 400-cid engines comprised the V-8 offerings.

GR Auto Gallery is pleased to present this beautifully sounding and running 1967 Pontiac Firebird restored with originality in mind. Coming in the code and year correct Tyrol Blue with a black Cordova top that were both was replaced along with the car being repainted a few years back that stayed in great shape for that makes this car really stand out. The owner understands the Michigan climate which is why this car came from Oklahoma, no patch panels, floor pans although it did have a “baked” interior from a southern state car which the owner had the carpet, dash pad, upholstery, head liner, visors and door panels replaced. The engine is a 326ci V8 fires up and drives with no hesitation to the 2-speed automatic transmission. The owner has a build sheet recreation done by Pontiac Historic Services as well as service manuals and a reprint of the owner's manual. This Firebird is an unmolested blast from the past which can be kept that way or with all of the options available could turn into, well anything you want it to be!