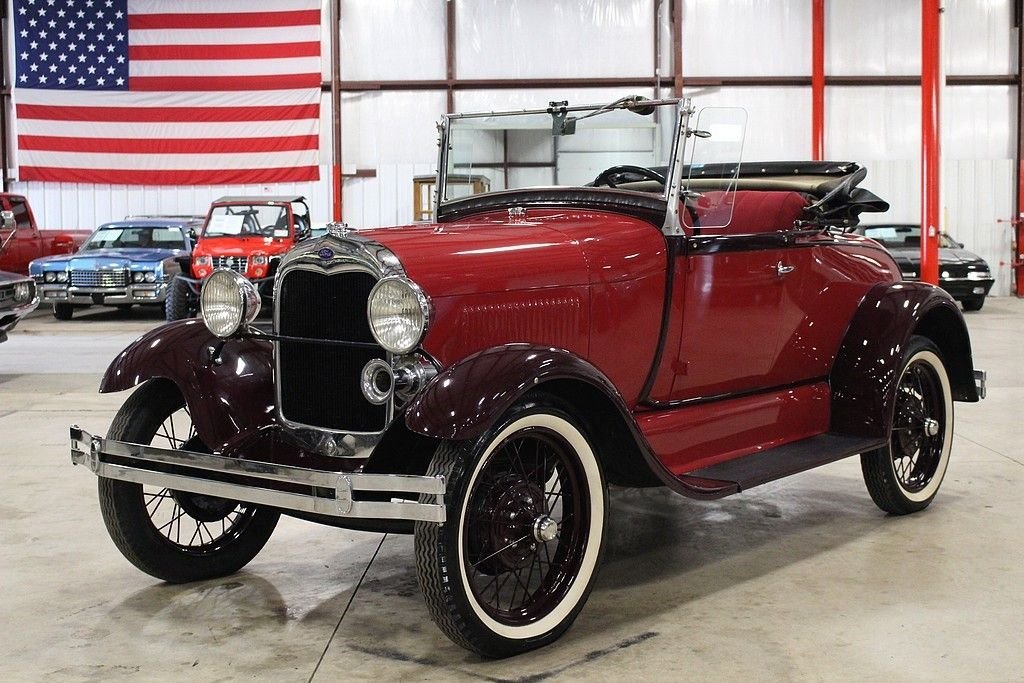 GR Auto Gallery is pleased to present this 1929 Ford Model A rumble seat roadster for your consideration. It is covered in a stunning shade of ruby red and fenders are plum as are the body linings. The overall appearance of this roadster is beautiful and shows very well. The car rides on 21 inch wire wheels that are painted in a dark shade of plum red. White wall tires accent the look of the car very well. The interior is finished in ruby red cloth. The black convertible top shows well. The roadster features the famous “rumble seat” allowing room for passengers. The chrome and bright work show well. The 4 cylinder engine runs smoothly and is mated to its 3 speed manual transmission. This car goes up and down the road as it should.