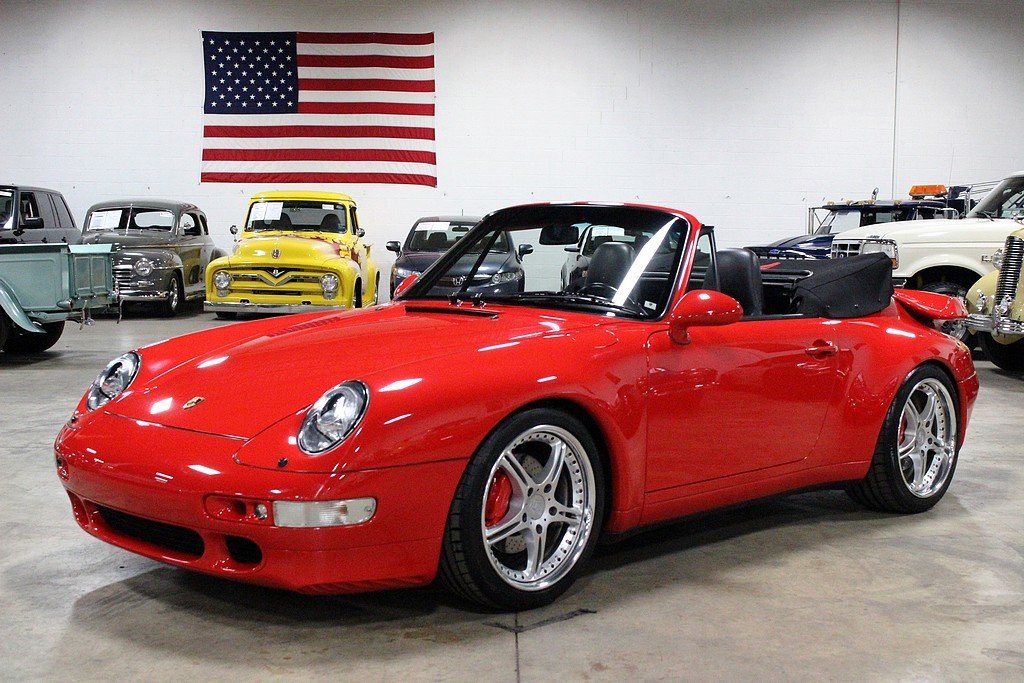 For most enthusiasts the 911 remains the one "true" Porsche, the only one with a direct link to the original Porsche 356, yet longer-lived by far. Though Ferry Porsche thought his first six-cylinder production car would have a good long run when he showed it in late 1963, even he couldn't have foreseen that it would endure into a new millennium. 993 is the company's internal name for the version of the Porsche 911 model manufactured and sold between late 1993 and early 1998 (model years 1995-1998 in the United States), replacing the 964. Its discontinuation marked the end of air-cooled Porsches, with the 993 being not just the last air-cooled 911, but also the last of the hand built 911s, (multiple other Porsche 911 articles and the factory list the 964 as the "last hand built 911 and the most expensive production model". The 993 was a collaborative production with automation brought into the build process in order to reduce costs). The 993 generation of the 911 is often referred to as the best and most desirable of the 911 series, not only because of its beauty, but also because its performance is very good, even by modern standards, and the 993 was "the last complete 'modern classic'"

GR Auto Gallery is pleased to present this one of a kind low mileage 1995 Porsche 911 Carrera Cabriolet. The first thing to catch your eye is nearly flawless Guard Red exterior and new black power top. A few items have been updated on the exterior including the color correct Whale Tail, turbo style duct fog light replacement kit, and clear signal bumper corner lights. The interior has been recently replaced with a custom red and black leather interior with the seat delete kit, Porsche emblem on the hood liner, as well as storage added where the seats once were. The dash has had an aluminum gauge bezel kit added for a little more pop along with an upgraded sound system which has an Alpine AM/FM/Pandora capable radio with an iPod cable that runs into the glove box, the leather and rest of the interior is in like new condition. 1995 began the last model run of the world renowned air-cooled, and according to the owner Porsche 3.6L flat 6 with a 6-speed manual transmission. All of the standard options including power windows, locks, newer power top, heat, and recently recharged air conditioning all function without a problem. This owner has done an incredible job maintaining this 911, with lots of documentation and receipts. Air cooled Porsche 911's are a true Modern Classic and all generations and configurations have with stood the test of time in performance, reliability, driver satisfaction and overall design.

Interior Color
Black / Can Can
Center Console
No