"The Return of a Thoroughbred" 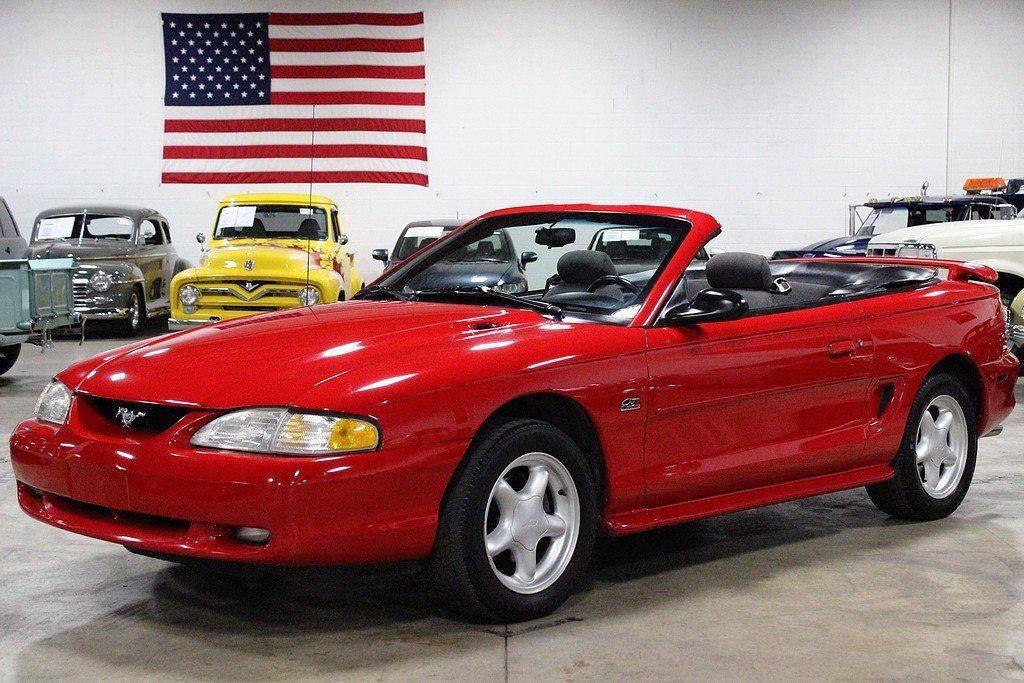 The Ford Mustang is an American automobile manufactured by Ford. It was originally based on the platform of the second generation North American Ford Falcon, a compact car. The original 1962 Ford Mustang I two-seater concept car had evolved into the 1963 Mustang II four-seater concept car which Ford used to pretest how the public would take interest in the first production Mustang. The 1963 Mustang II concept car was designed with a variation of the production model's front and rear ends with a roof that was 2.7 inches shorter. Introduced early on April 17, 1964, (16 days after the Plymouth Barracuda) and thus dubbed as a "1964½" by Mustang fans, the 1965 Mustang was the automaker's most successful launch since the Model A. The Mustang has undergone several transformations to its current sixth generation. In November 1993, the Mustang debuted its first major redesign in fifteen years. Code-named "SN-95" by the automaker for 1994–1998, it was based on an updated version of the rear-wheel drive Fox platform called "Fox-4." The new styling by Patrick Schiavone incorporated several styling cues from earlier Mustangs. For the first time since 1974, a hatchback coupe model was unavailable. The base model came with a 3.8 OHV V6 (232 cid) engine rated at 145 bhp (108 kW) in 1994 and 1995, or 150 bhp (110 kW) (1996–1998), and was mated to a standard 5-speed manual transmission or optional 4-speed automatic. Though initially used in the 1994 and 1995 Mustang GTS, GT and Cobra, Ford retired the 302 cid pushrod small-block V8 after nearly 30 years of use, replacing it with the newer Modular 4.6 L (281 cid) SOHC V8 in the 1996 Mustang GT. The 4.6 L V8 was initially rated at 215 bhp (160 kW), 1996–1997, but was later increased to 225 bhp (168 kW) in 1998.