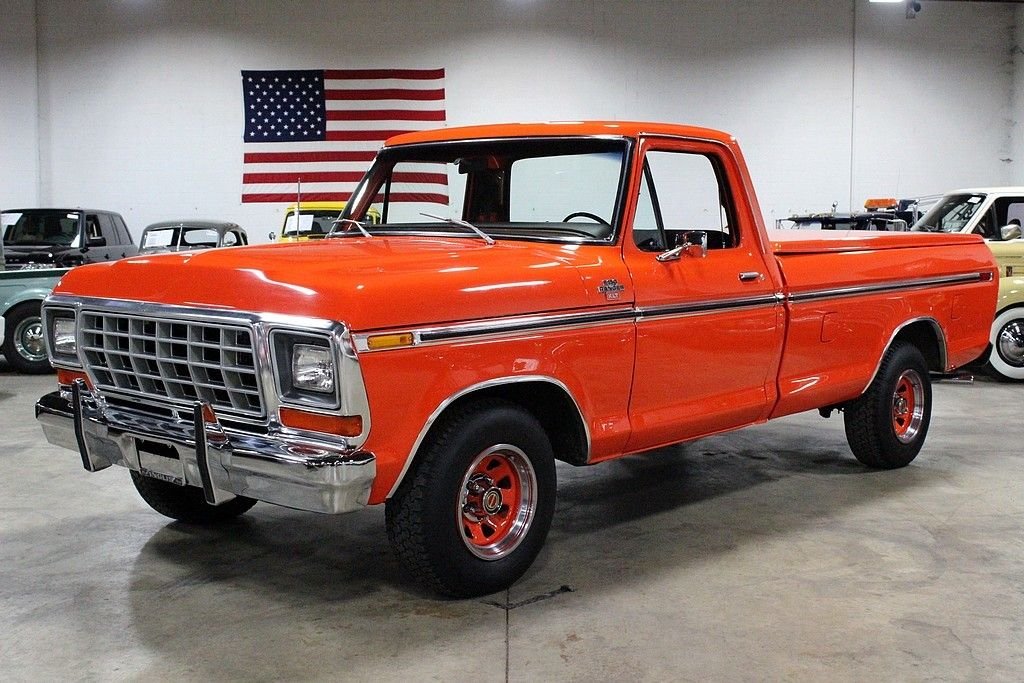 The sixth generation of the Ford F-Series is a line of pickup trucks and medium-duty commercial trucks that were produced by Ford from 1972 to 1979. This generation was launched in December 1972 for the 1973 model year. These were the last generation of trucks to use the F-Series chassis introduced in 1965. After a decade as a compact SUV, the Bronco was redesigned as a shortened version of the F-Series. This generation also marks the introduction of the F-150, which today is the most popular model. This generation is noted for the body panels' durability as Ford used extensive amounts of galvanized sheet metal to fight corrosion. In 1976, the F-Series became the best-selling trucks in America, a position it has continued to hold ever since.

GR Auto Gallery is pleased to present this recent and completely restored 1978 Ford F-150 XLT Ranger. This is a two owner truck with the current owner having done the restoration work, according to the owner the cab as well as the windshield do remain original, while replaced with parts by Ford include the hood, fenders, doors, cab corners, box, and tailgate. The exterior paint is in the year correct Tangerine and maintains a beautiful shine that really accents this truck and sets it apart with the matching wheels. The interior is in a brown in a like new condition with no signs of rips, tears, or wear. The owner says this is the original 400ci V8, that has been rebuilt with an added mild cam and has the ability to run on unleaded. This truck starts up and runs as it did near 40 years ago when Ford rolled it out of the factory, and with everything that has been done to restore it to its beauty it looks and sounds like it has a whole lot of life left to live!