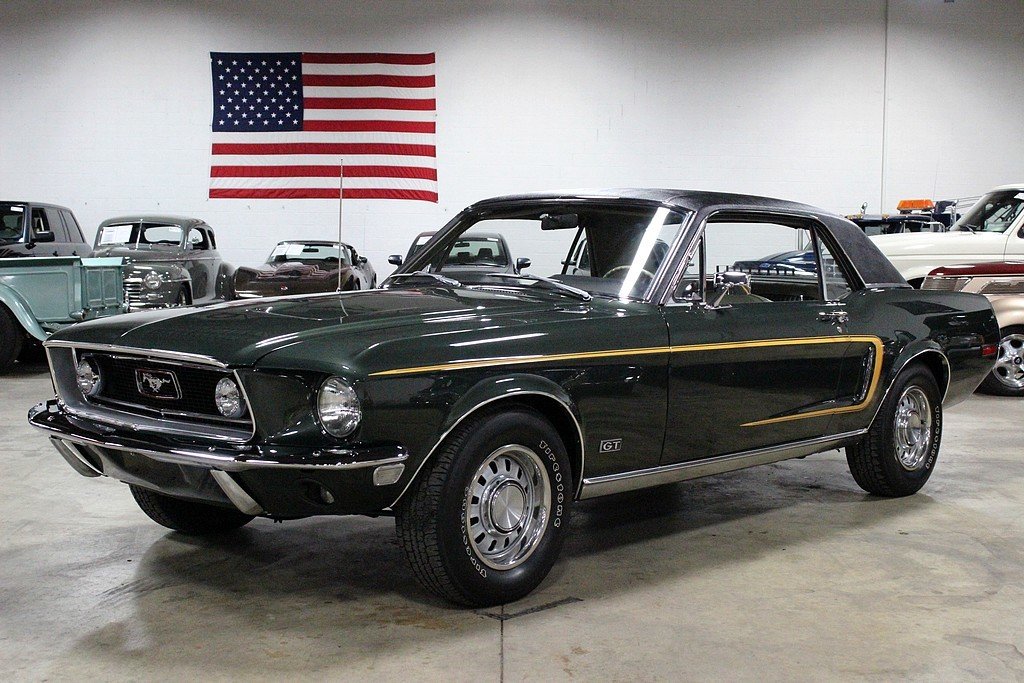 When Ford introduced the Ford Mustang in 1964 an instant love affair with the American Pony Car was born. The Mustang was smaller, lighter, and more nimble that any American manufacturer had produced thus far. This coupled with its fresh design, the Ford Mustang became a must have among the American public. 1967 marked a pivotal year for the Mustang, as this was the first time since the first generation made its debut that vast changes were made to the Mustang. Making it larger and having many more engine options than before. It also eliminated some things that did not make sense. 1968 was just the same and by this point, Ford had found the next best thing and had very little for competition comparatively. So iconic is the Highland Green fastback that Lieutenant Frank Bullitt drove through the streets of San Francisco, that Ford itself has done two modern versions of the Bullitt Mustang-the first in 2001, the second in 2008.

GR Auto Gallery is pleased to present this recently completed 1968 Ford Mustang GT tribute. It is hard to overlook all the details this car has had done to it. Starting with the exterior the paint has been done impeccably in recognizable and famous Highland Green, with Gold striping that follows the body lines on both the drivers and passenger's side of this Mustang. According to the owner, no parts of the body have been replaced and the original metal is still intact and looking beautiful. All of the chrome accents look to have a mirror finish including the bumpers and accents around the whole car. Once you are done being in awe of the exterior the interior has been done to the same standard, coming in a new Ivy Gold with the carpet and seats looking like it rolled right off the line. The new and fully functioning gauges, as well as the Philco radio, pumps out the sound. Powering this time machine is a crate 302ci V8 that has all the getup and go, with added HIPO exhaust manifolds, an aluminum intake, and an upgraded AOD 4-speed automatic transmission with overdrive. This nut and bolt restoration was finished this year and is ready to get back on the road with a new owner, don't pass this one up!