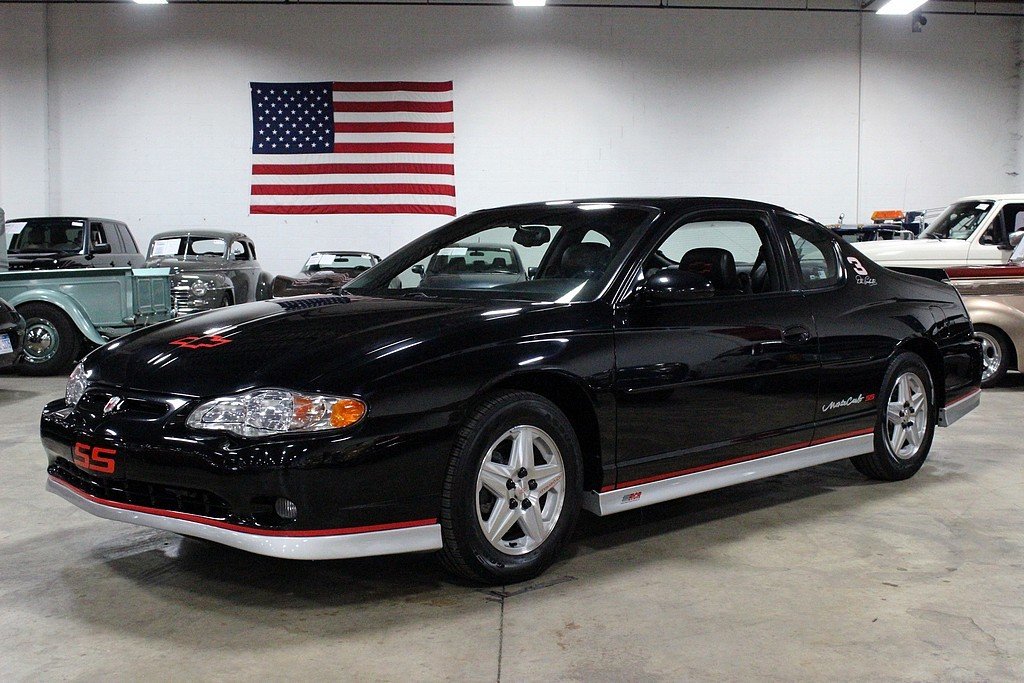 The Chevrolet Monte Carlo is a two-door coupe that was produced by Chevrolet through six generations from 1970 to the 2007 model years. It was marketed as a personal luxury car, with the last generation classified as a full-sized coupé when production ended in 2007, the Monte Carlo had outlived many competitors that were either discontinued or changed in concept to either a four-door sedan or small sports coupe. After the discontinuation of the rear-drive Monte Carlo after 1988, the nameplate was revived in 1995 for the fifth-generation, a front-drive, V6-powered coupe based on the Chevrolet Lumina sedan. The sixth and final generation Monte Carlo in 2000 was built alongside the Chevrolet Impala, which succeeded the Lumina as Chevy's mid-sized sedan. The Monte Carlo SS was revived from 2000 to 2007, that was initially powered by 3.8 L V6 (supercharged in 2004 and 2005) and by a 5.3 L V8 for 2006 and 2007.
In 2002, Chevrolet partnered with Richard Childress Racing and Dale Earnhardt to produce a very limited number of Dale Earnhardt Signature Edition Monte Carlo SS. They produced 3,333 of these cars for a limited time.