"This Redline would pass any Challenge" 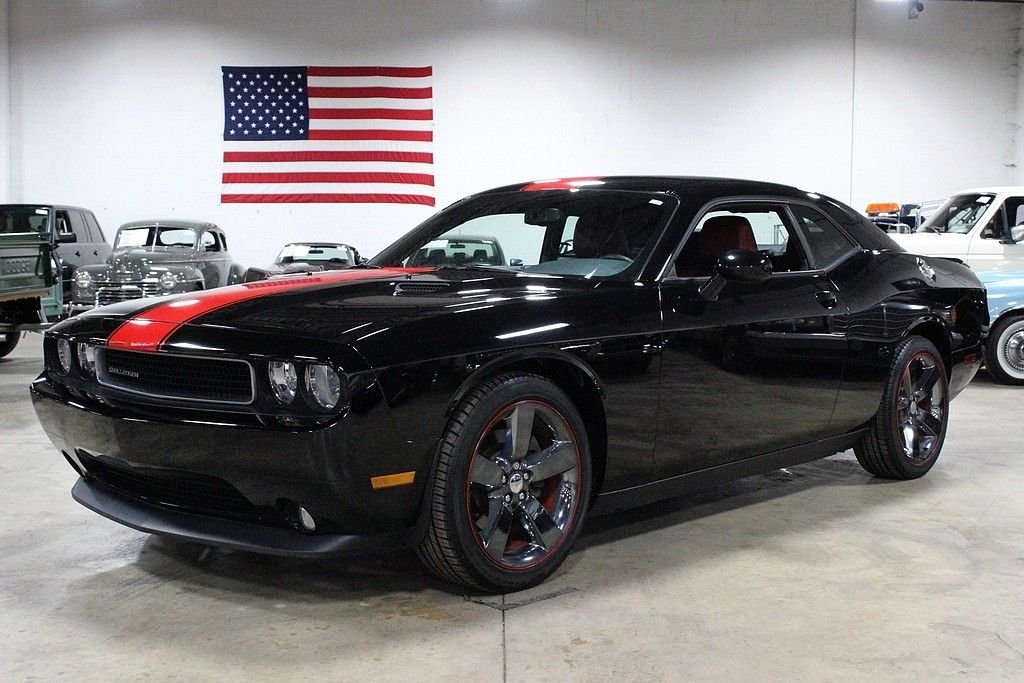 GR Auto Gallery is pleased to present this low mileage 2013 Dodge Challenger Redline edition. This edition of the worldwide known name brand for Dodge comes in a very nice Pitch Black with Red racing stripes as well as the 20-inch black-chrome aluminum wheels with red accents to match the stripes on the exterior as well as a Dark Slate Gray and Radar Red interior. The both the paint and interior remain in great shape with no signs of wear and continue to hold up and look great! The Redline edition comes with automatic headlights, fog lights, 6-speaker Boston Acoustics audio system, heated front seats, performance steering and suspension and sport mode, this edition gives the Challenger a little more edge with 3.6L V6 with the 5-speed automatic transmission pushing out more than 300 advertised horse power. It doesn't take much to see why anybody would not want to drive a Challenger with reputation and styling that they do offer, this is a great chance to get in to the muscle car game with burning a hole in the checkbook but plenty of power to burn some rubber!