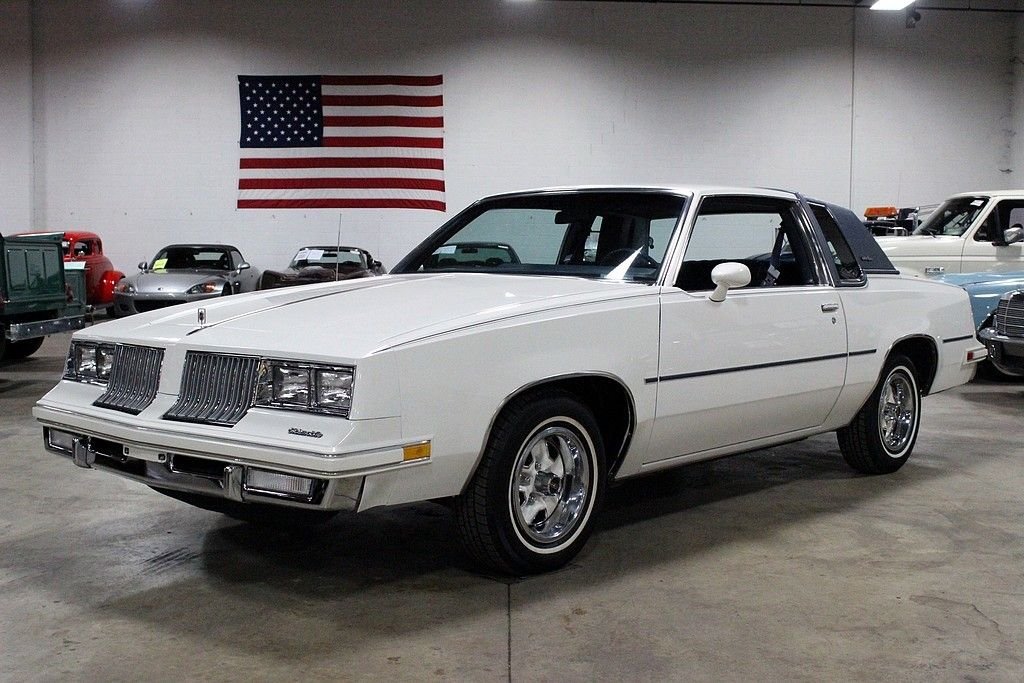 The Oldsmobile Cutlass Supreme is a mid-size car produced by Oldsmobile between 1966 and 1997. It was positioned as a premium offering at the top of the Cutlass range. It began as a trim package, developed its own roofline, and rose during the mid-1970s to become not only the most popular Oldsmobile but the highest selling model in its class. It was produced as a rear-wheel drive two-door hardtop, sedan, and station wagon into the 1980s and a convertible through 1972. In 1988 Oldsmobile sought to capitalize on the brand equity of the Cutlass Supreme marque by replacing it with a downsized front-wheel drive model based on the GM10 platform W-platform. In 1981, the Cutlass Supreme coupe received an aerodynamic restyle (with a "shovel-nose" front header panel), which, along with a higher rear deck, decreased air resistance by 15%. It would continue with this basic design until the final rear-drive Cutlass was produced in 1988. A 4-door sedan was added to the Supreme lineup, with a new front end and a slight taillight lens restyle resembling a touch-tone dial or Rubik's Cube - this lens style was used until 1984. It was this restyled body that ushered in the down-sized cars into NASCAR cup competition.

GR Auto Gallery pleased to present an unbelievably low mileage 1984 Oldsmobile Cutlass Supreme. This 3 owner '84 Oldsmobile Cutlass Supreme comes in White with a beautiful Blue vinyl top and Blue velour interior with only 7,317 believed to be original miles. That's not a typo, a true 7,317 mile Oldsmobile and its condition looks the part. From its super clean smoke-free interior that still smells new to the appearing to be rust free floor pans this car is as good as it gets. At nearly 33 years old this car can show in the AACA HPOF class as an original unrestored car. Also eligible for orphan car shows as Oldsmobiles are no longer being built. The glass, chrome, and paint are very nice and appear to be original, and untouched. As well as what appears to be original exhaust, shocks, belts and hoses with according to the owner newer shocks and tires. The interior is near perfect, just as it came from the factory. No rust, no panel damage, just one super nice low mileage car. The car comes with 2 sets of keys and the original owner's manual. This car runs as good as it looks and the air conditioning blows ice cold. Everything seems to be working on the car at listing.