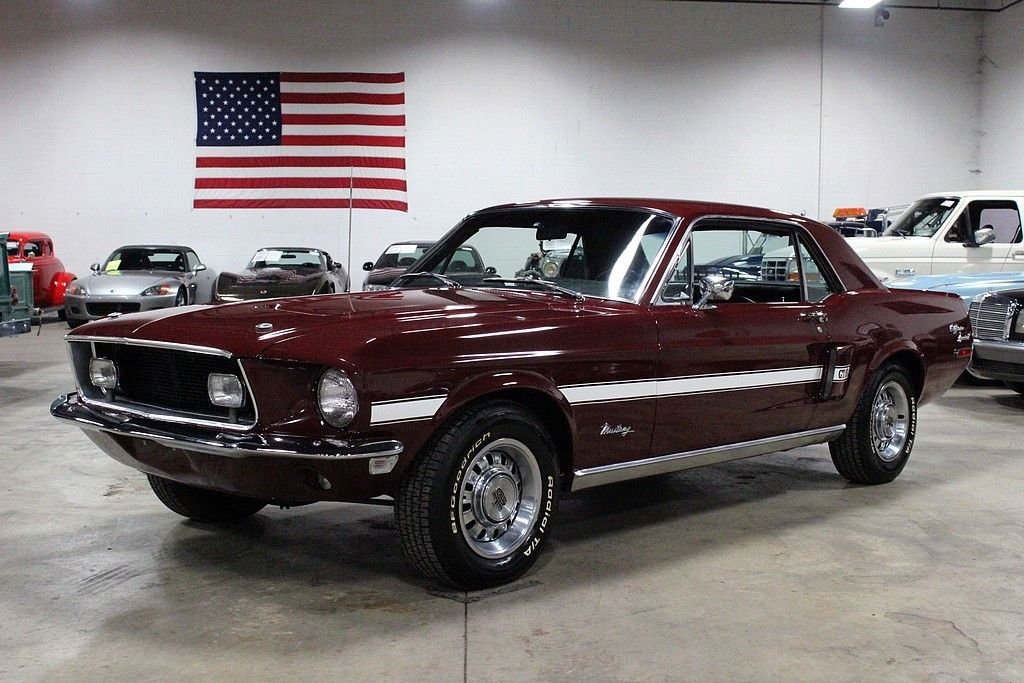 When Ford introduced the Ford Mustang in 1964 and instant love affair with the American Pony Car was born. The mustang was smaller, lighter, and more nimble that any American manufacturer had produced thus far. This coupled with its fresh design, the Ford Mustang became a must have among the American public. 1967 marked a pivotal year for the Mustang, as this was the first time since the first generation made its debut that vast changes were made to the Mustang. Making it larger and having many more engine options than before. It also eliminated some things that did not make sense. 1968 was just the same and by this point, Ford had found the next best thing and had very little for competition comparatively. In mid-February 1968, the California Ford Dealers (Ford Dealer Advertising Fund) began to market a factory-built, limited-edition Mustang, called the GT/CS, or "California Special". The hope was for a targeted production run of 5,000; however, only 4118 were made, including 251 units that were remarketed in Denver, Colorado, as "High Country Special '68". Production ran for only 5.5 months from mid-February 1968 to early August 1968.

GR Auto Gallery is pleased to present this beautiful example of a 1968 Ford Mustang California Special. This Mustang comes in having a recent restoration and what is believed to be 59,761 miles is in a handsome Royal Maroon with white side stripes. The body on the GT/CS is identified by the trunk lid and quarter extension, tail lights which are shared with the Shelbys, pop-off gas cap, side scoops which are for effect, not function, blacked out grille, fog lights, competition style hood locks. All of these are there and looking fantastic. This Mustang has the 4.9L 302 J-code V8 that starts up and runs like a pony. The 4-speed the interior is in Black vinyl and has no visible rips, tears, or punctures, the car has air condition but does need a recharge, or then that the radio, heat, and the rest of the accessories function great. This is a truly great example of one of the rarer Mustangs and with the extremely clean underbody and engine compartment, this is one that has a whole lot of life left!