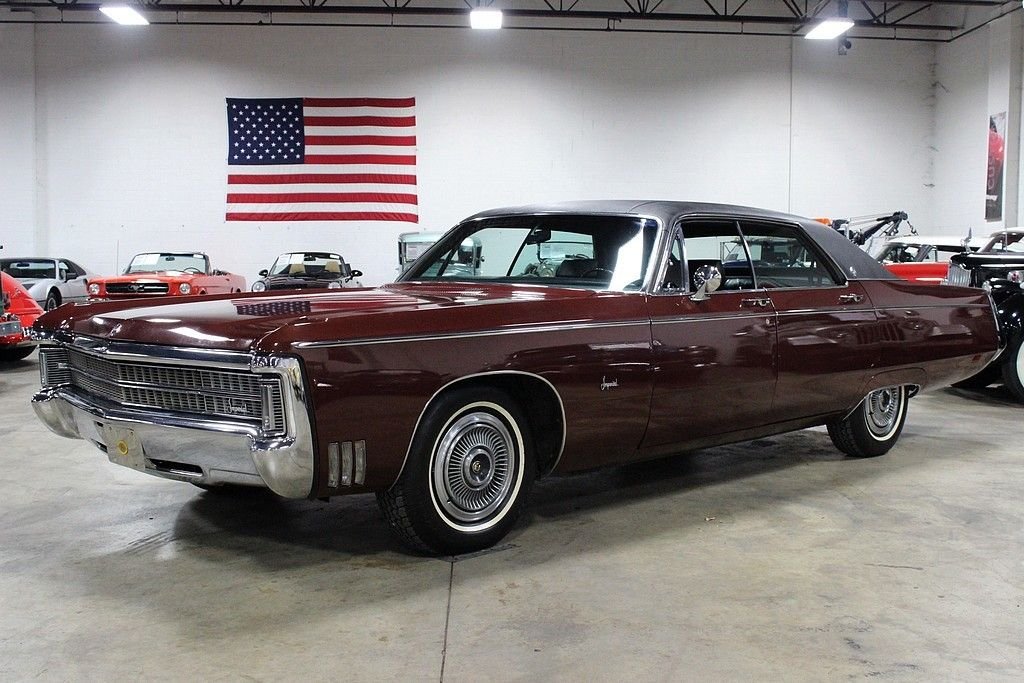 Imperial was the Chrysler Corporation's luxury automobile brand between 1955 and 1975, with a brief reappearance in 1981 to 1983, and the second reappearance from 1990-1993. The Imperial name had been used since 1926 but was never a separate make, just the top-of-the-line Chrysler. However, in 1955, the company decided to spin Imperial off as its own make and division to better compete with its North American rivals, Lincoln and Cadillac, and European luxury sedans such as the Mercedes-Benz 300 Adenauer, the Mercedes-Benz 600, and the Rolls-Royce Silver Cloud. Imperial would see new body styles introduced every two to three years, all with V8 engines and automatic transmissions, as well as technologies that would filter down to Chrysler corporation's other models.

GR Auto Gallery is pleased to present this according to the owner all original very low mileage 1969 Chrysler Imperial. Chrysler asked the question, what makes the Imperial different from other luxury cars and Chrysler answered with, two separate heating systems, for front and rear, 2 separate air conditioning systems, which still works only needs a recharge, a carpeted trunk, a full complement of gauges that still working outside of the fuel gauge, a AM/FM radio and tape stereo system. This one also features the disappearing headlights. Powering this luxury car is the 7.2L Wedgewood V8 coming in around 440ci and a 3-speed TorqueFlite automatic transmission. The exterior is as clean as the Black leather interior on this car in a very nicely held Burgundy with a black top. We do wish to note that though this Imperial is a 1969, when originally titled in PA in December of 1968, it was titled as a 1968 model. It is hard to find any blemishes and you can imagine this car driving you around, or driving it yourself as it is just as much fun to drive as it is to ride in!