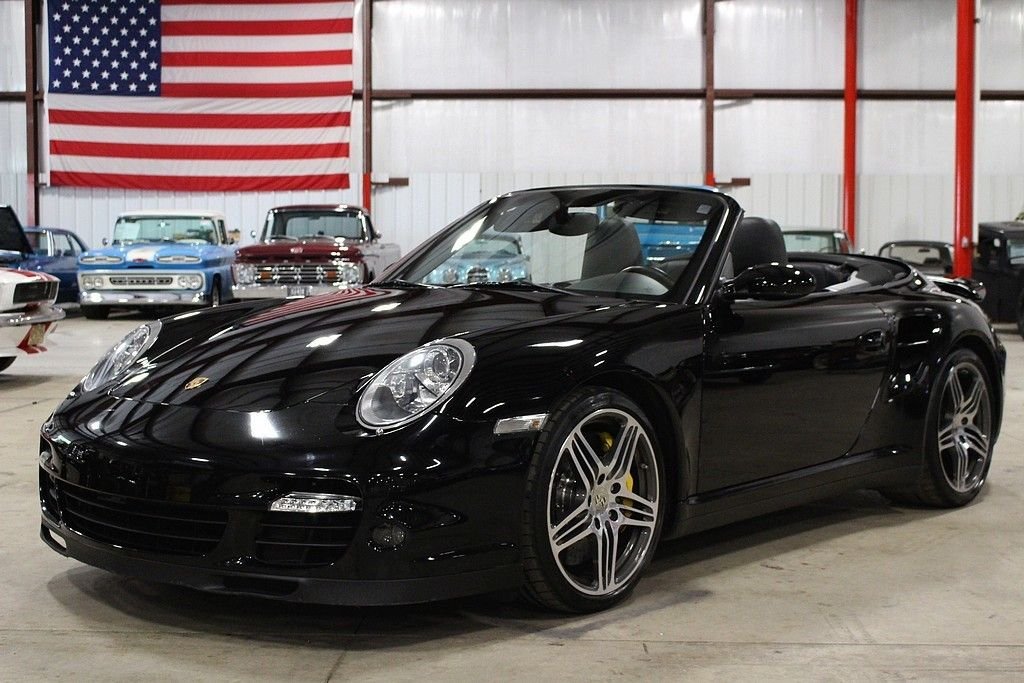 The 2008 911 Turbo Cabriolet was a special offering. Porsche AG announced on May 7, 2007 that the 911 Turbo Cabriolet would go on sale in September 2007. The Porsche 997 Turbo Cabriolet became one of the fastest convertible sports cars in production. It is capable of similar top speeds and acceleration to the standard Porsche 997 turbo coupé, a notable feat due to the typical problems associated with convertible variants of hardtop coupés, such as the poor aerodynamics of a soft top, a lack of torsional rigidity, and the consequential weight increase from structural members. It's powered by the 3,600cc H6 Twin Turbo engine producing 473 horsepower making this car not just some topless cruiser.

This is a 2-owner car with low miles in absolute excellent condition that spent from June 2008 to 2014 in Pasadena, California before being purchased and brought to Michigan by the current owner as a summer vehicle. This 911 has plenty of curb appeal in triple black. It's loaded with features including the (very desirable) Sport Chrono package, 19” wheels, 4-wheel ventilated ceramic disc brakes, Porsche Stability Management, power convertible top, navigation, Bluetooth, heated seats, and much more! This is an awesome high performance 911 Convertible that is actually really comfortable and fun to drive. It's well-engineered to cut down on wind and noise to just add to the awesomeness that this 911 Turbo is! Please call or email for more details!