"Set the Cruise From Coast to Coast" 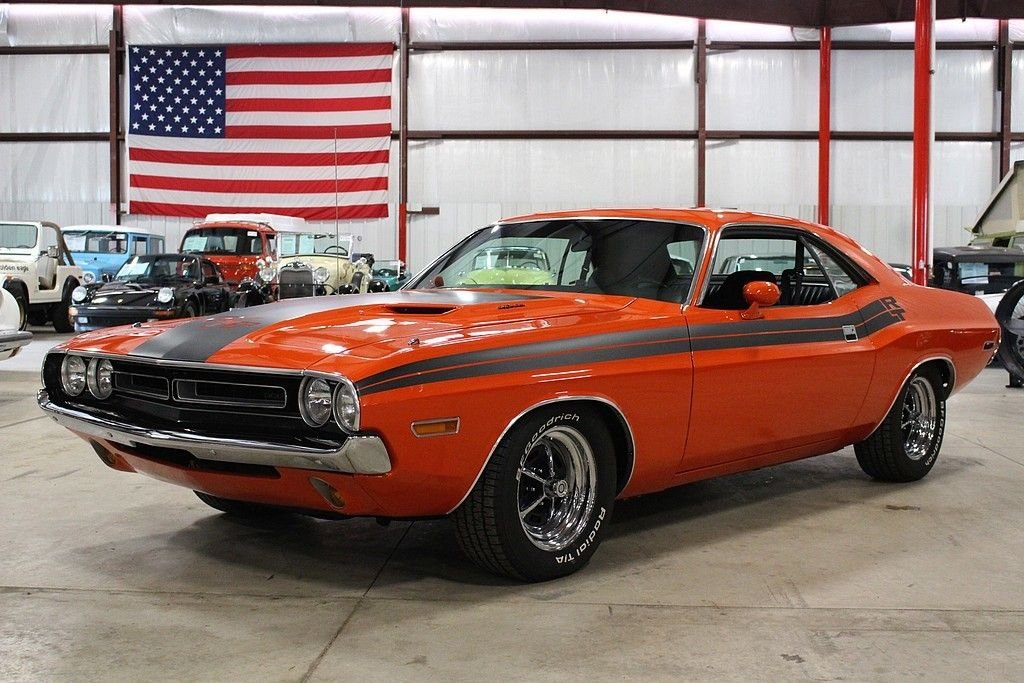 The Dodge Challenger is the name of three different generations and was marketed by the Dodge division of Chrysler. The Dodge Silver Challenger was first to be produced from 1958 to 1959 as a limited edition which inherited its name from the fact that they didn't use any other paint choice except silver. From 1969 to 1974, the first generation Dodge Challenger pony car was built using the Chrysler E Platform, sharing most of its major components with the Plymouth Barracuda. The second generation which was in production from 1978 to 1983, was a badge Mitsubishi Galant Lambda. The third, and current generation, was introduced in early 2008 as a rival to the competition, the fifth generation for both, the Ford Mustang and Chevrolet Camaro.

This Challenger is the recipient of a extensive restoration 5 years ago where it was stripped down to bare metal, epoxy primed and sealed. It came out of Tennessee. It was then dressed in HEMI Orange and given the RT stripes. It comes with an impressive file with over 34 thousand dollars in receipts. The power plant consists of a rebuilt 440 big block mated to a Tremec 5 speed manual pistol grip transmission. The engine just received new aluminum cylinder heads along with a new carburetor. It has new power brakes with discs in the front and has a rebuilt and gone through rear end. This impressive MOPAR was built to drive and enjoy. It comes equipped with power steering, air conditioning, heat, and cruise control.

This car performs in all areas. It was designed for enjoyment and the open road. It has been on 3 hot rod power tours and driven all over the country, recently finishing a trip from Florida to Oklahoma.