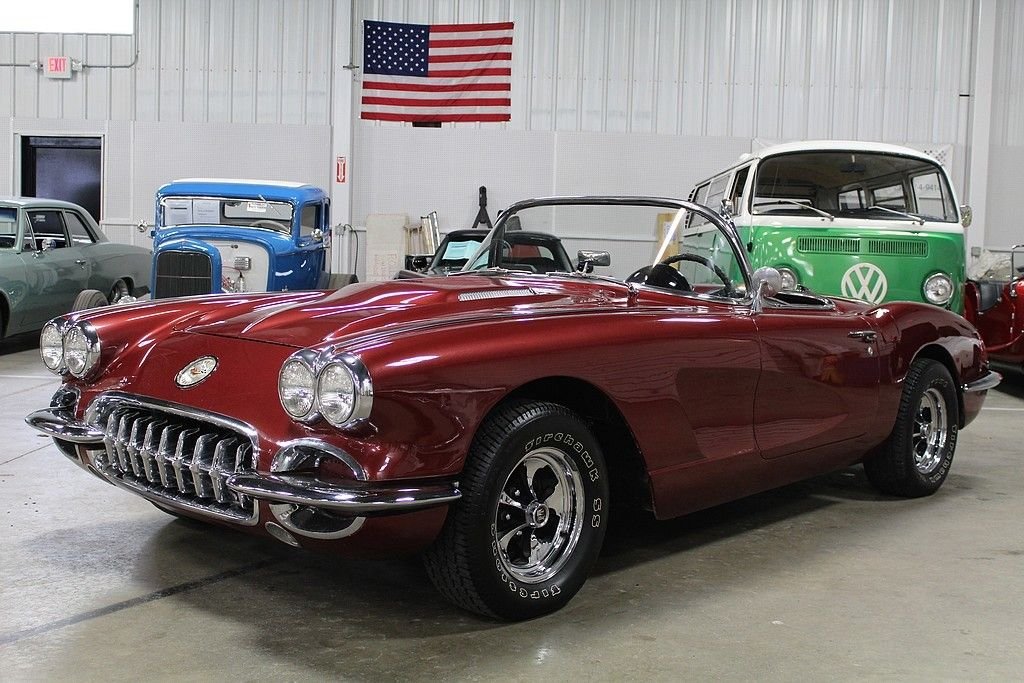 After a some-what slow transition in to the Sports Car world, by the time the 1958 models had entered the arena they were very much holding ground on being one of the leaders in the two-seat sports cars of the world. The 1958 model had a few enhancements over the 56-57 models like exposed four-headlamps as apposed to the singles. The Grilles were more prominent than before and the interior and instruments were updated. There were four engine options for the 1958 model year, two of which offered carburetion and two that offered fuel injection. The most sought after was the 290 HP fuel injected model which this car was at inception.

So this particular 1958 Vette has some great history. It is on consignment from a gentleman that has owned the car continuously since 1964. When he bought the car the original engine had already been removed and a 327, 340 HP with dual quads and a 3-speed had been added. He drove the car for roughly six years and then stored it. After a move in 1975 he then began driving it occasionally. Then in 1980 he restored the Vette and added a 350 V8 with a 4-bolt main, roller rockers a larger cam, a high rise intake and 4-speed Muncie rock crusher transmission. At that time the car was re-painted, body modifications were done and the original Keystone classics were added.

This car has receipts dating back to the 60's that come with the car as well as the original owners manual. This car starts and drives so nice and sounds even better with the solid lifters and cam. This car has some seriously cool history but started off equally as cool as a 290 HP FI car, HD suspension and Brakes (144) and color Blue and Silver (726)