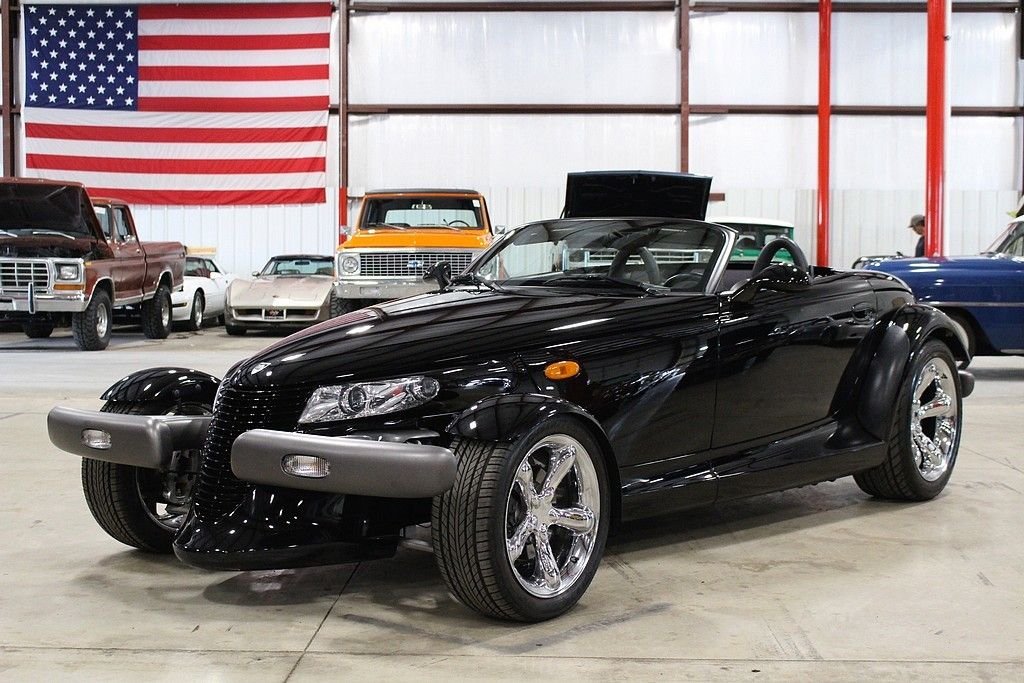 The design of the Prowler was said to have been inspired after Chrysler engineers were given free rein to create whatever they wanted in a "hot rod" or "sportster" type vehicle. One of the most striking design features of the Prowler is the open, Indy racer style front wheels.
New for the '99 model year, this Prowler features the more powerful aluminum block 253hp version 3.5L V6 mated to a 4-speed autostick automatic transmission. The transmission was located at the rear of the vehicle and joined to the engine by a flexible driveshaft that rotated at engine speed, an arrangement similar to that used by the C5 Corvette, Porsche 944, and Alfa Romeo 75 which helped to facilitate a desirable 50-50 front-rear weight distribution. While criticized for featuring a V6 only, Chrysler's High Output 3.5L had a horsepower rating similar to the company's Magnum V8s of that era. While not making nearly as much torque as a V8, Prowler's light weight translated into impressive off-the-line acceleration with 0-60mph coming in 5.8 seconds with a top speed of 126mph electronically limited.
This well cared for car is in impeccable condition and has only had two previous owners with neither of them logging many miles on the car. There were only 3,900 produced in 1999 and just 799 were produced in the triple black combination and only a small amount were optioned with the factory chrome wheels. The car remains 100% stock and with less than 5k miles this is a car that commands attention. Vehicle also comes with full books, clean title, and clean CarFax. Car has been routinely serviced and cared for properly with no signs of abuse or neglect.