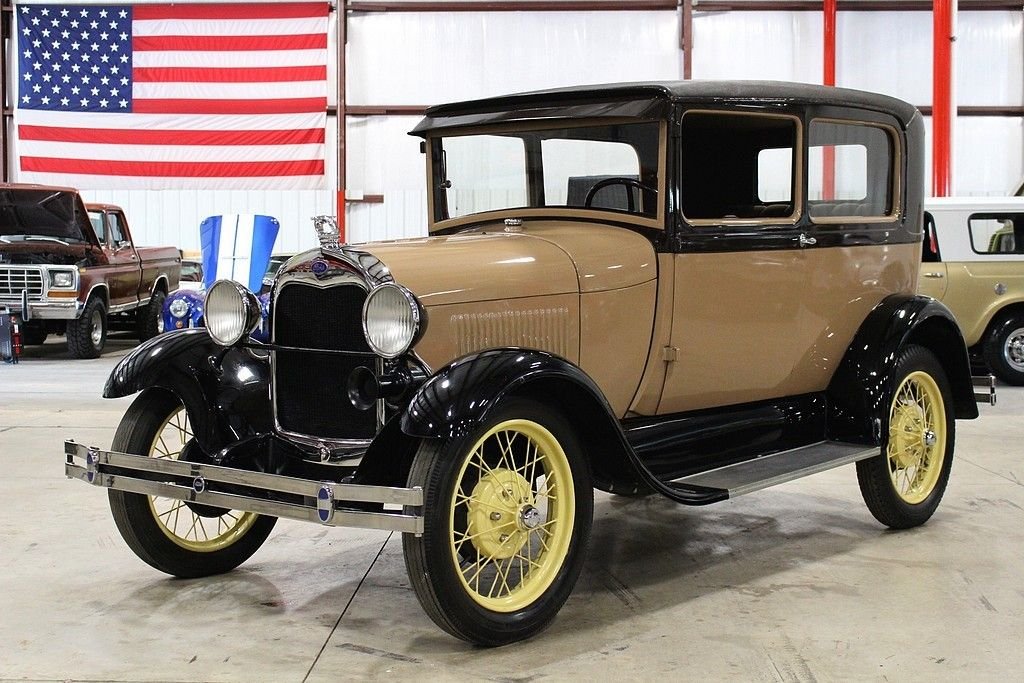 The Ford Model T had dominated the automotive market from the mid-1910's through the early 1920's but started to erode as competitors began catching up with Fords successful mass production system. It had become apparent to most in the company that it was time to begin a new model, but Henry Ford was resistant. With “luxury” features coming out such as electric starters in most of General Motors products, newer exterior designs fit to the era they were entering, Ford was forced to compete and began their Model-A design. At first, Henry did not want to worry about looks or features but to spend their energy on the mechanical aspects which had been the primary reason for success on their Model T. Although many improvements with the engine power and overall stability were improved, it proved to be short of what was necessary, a new cosmetic appeal. For this Henry called upon his son, Edsel, who showed how successful it could be with his design. After years of compliments on its curb appeal, Henry started to take credit for it himself although his son was clearly more hands on with this project. The era of mass production had officially passed and the era of “flexible mass production” had begun and regardless of who was more responsible for this model, Ford in general showed once again how well they could adapt and stay on top.
GR Auto Gallery is pleased to present this highly original and frame-off restored example of the 1929 Ford Model A for your consideration. With this class of car, original is the way to go and this one has an era-correct inline four cylinder engine, 3-speed manual transmission as it should be, much of the body is what we are told is original Henry Ford steel, the interior and exterior has been chosen in a retro palate and the drivability will throw you back to the good ol' days! The light tan and dark brown two-tone is in wonderful shape and its vinyl on the roof is sharp and clean, the painted wheels look excellent and overall this vehicle shows very well. Having been owned by the same family for around forty years, this vehicle went through a frame-off restoration about 20 years and is believed to have only traveled around 1,000 miles since and stored in safe keeping until being offered for your consideration today. The starting of this car is simple, the driving is stiff and safe, and the mechanical brakes are excellently completed to make this a very drivable antique for the next lucky owner. Call or email us today for more information on this sharp looking and more than drivable ride today!