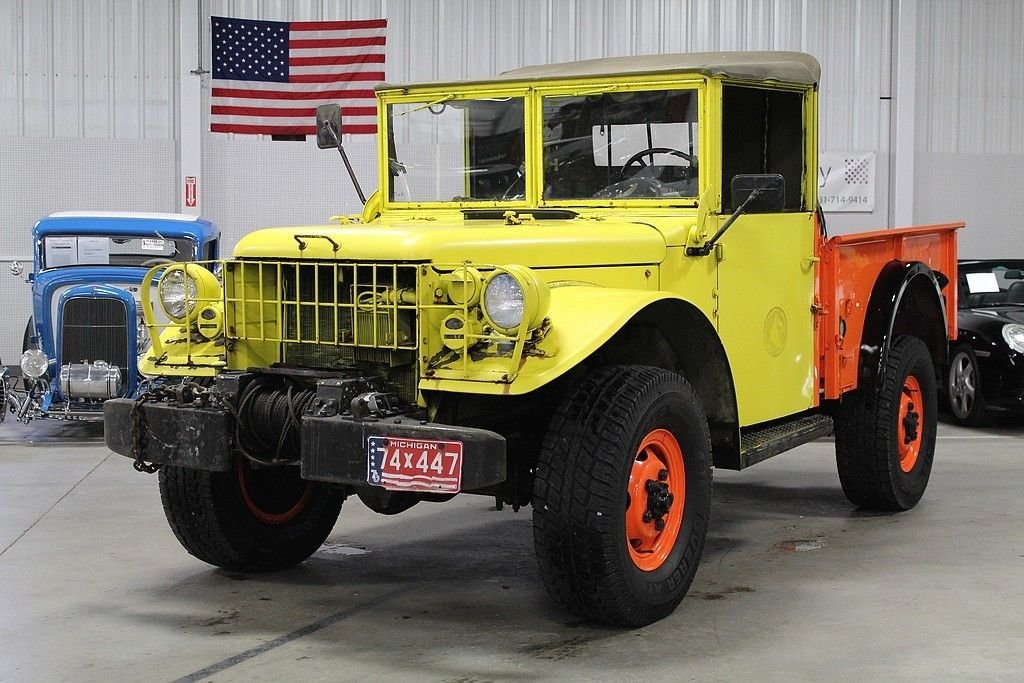 Production began in 1951 on these Military M-37 vehicles that were used extensively during the Korean war. There were several variants that included a Command Truck (M42), Telephone Maintenance vehicle (V41), Ambulance (M43), an enclosed utility truck (M152) and a air field fire engine (R2).

The engines for these vehicles were actually carried over from the 1930's era passenger vehicles which actually led to its demise a decade or so later. Because of the average speed of vehicles in the military increased, these engines had some engine failures that were quite common.

Most of these vehicles were sold to municipalities through government auctions as this one was in 1954. It was purchased by the village of Lake Leelanau from the U.S. Army after the Korean war and was outfitted with a spotlight for rural fire fighting. It stayed in service all the way through 2010 always being serviced by the fire chief and also Master Mechanic. It was then sold to a private party where it remains today.

This truck is in very stock mechanical condition with some cosmetic restoration started. This awesome M37 has been fitted with radial tires on top of powder coated wheels. This truck is believed to have less than 3,000 miles from new.