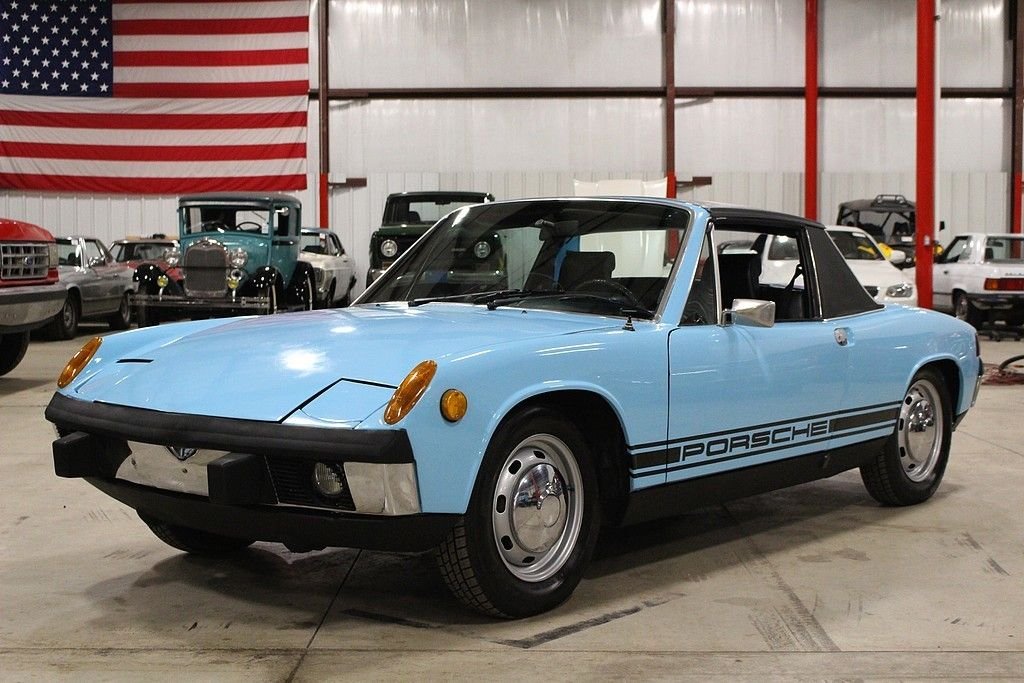 The 914 was introduced in September 1969 at the Frankfurt Auto Show as the replacement for the 912, the four-cylinder version of the iconic 911. Unlike most of the other cars available from Porsche, the 914 was intended to be a large-volume production model, a volks-Porsche in the very sense of the word, much as Ferry Porsche intended the original Volkswagen.
Porsche wouldn't go it alone. The company would build the car jointly with Volkswagen. It was a win-win situation for both manufacturers. Porsche could capitalize on the economies of scale of the larger manufacturer, and VW would have the new ideas and fresh perspective offered by Porsche.

It is no secret to anyone following the Porsche market that these cars have now become just as hot as the bigger brother 912's & 911's, seeing double digit percent increases over the past few years and many project that the run is not going to stop anytime soon due to the lower production numbers, fewer parts availability and the strong demand from the foreign markets.

This stunning 914 is quite the rare setup with the limited production of the 1.7L engine that was only produced for 3yrs and less than 6,000 were ever brought into the U.S. market. This car was purchased on December 15th 1972 by Margaret Bossick out of Rusnak Porsche in Pasadena California. The car has remained in the same ownership since day one up until our acquisition just a few months ago. The car stayed in California its entire life and is a solid representation of a California car that has not seen the cold, salt, sand or climate changes like other regions of the country that wreaked havoc on these delicate cars. Car was routinely serviced by the owner as she put miles on it and a very large stack of receipts itemize everything from basic fluid changes to major service along with engine out services and transmission rebuilds. Stamps are in the service log along with multiple years of registration certificates from California.

Over the past year this car received a long list of major service along with a brand new interior which included; full carpet kit, seats recovered, center console, door panels and pockets, dash and rear carpet pad. Engine was pulled and tuned up, spark plugs replaced, new air filter, new points and adjust properly, removed fuel tank and cleaned and fixed leak, new injectors, new brake master cylinder, new fuel pump with hoses and clamps. New tires were mounted on the new wheels and new hub caps were installed. New battery installed and engine detailed along with new drip pan and drip tubes. Transmission was pulled and sent out to be replaced by rebuilt transmission. Just in the past 8 months over $11,500 has been put into this sweet little ride. The car runs strong and goes thru all gears with ease as well as starts with ease and reliability. Vehicle comes with over $25k in receipts since new, original owners manuals, dealer maintenance record book, registrations from California, spare tire, and a passion to get back to the curvy roads that it was intended to drive on.