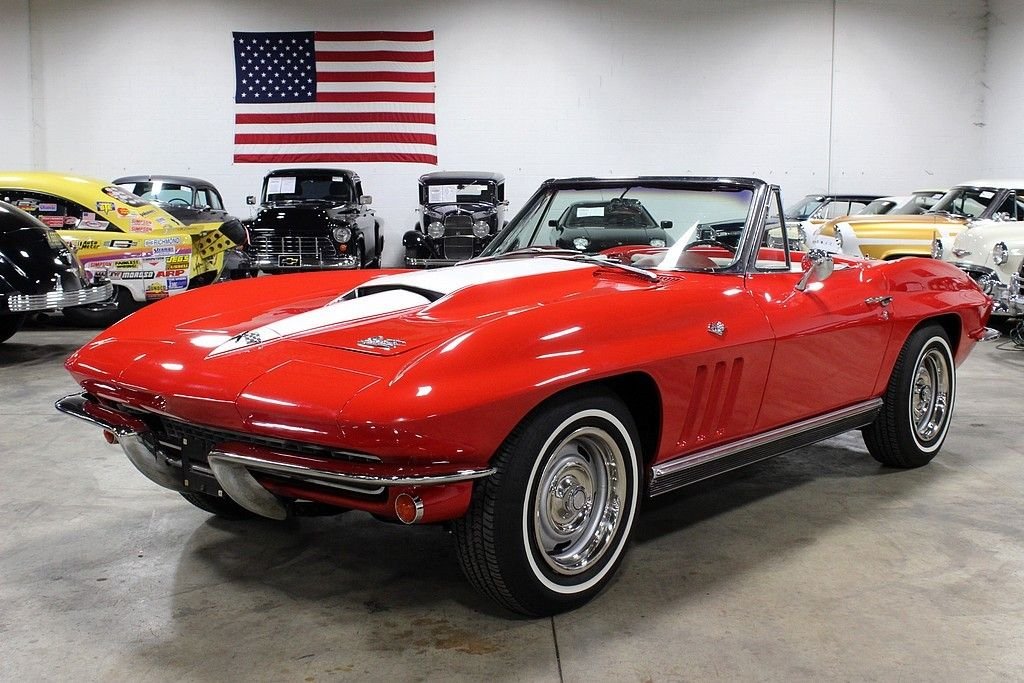 Coming from a successful release of the C-2 and growing in popularity, Chevrolet took the Corvette to the next level and released some of the most popular power plant options ever. Not only would you now be able to choose the tried and true 327 engine but with the growing popularity of performance in mind, the new 427 Big Block was released and offered for the first time in 1966. Many other great touches, whether subtle or defined, showed Chevrolets commitment to the instant-legend Corvette. The side vents on the coupe disappeared for the 1966 and the backup lights were now standard and built within the existing keeping the popular design intact. Mechanical improvements weren't limited to the 427 option but also included standard Holley carburetors which were once optional, now became standard. From top to bottom, the improvements completed in 1966 from interior trim to mechanical improvements, this type of loyalty to their Corvette brand proved its worth and value as this model still stands as a cornerstone in the American performance vehicle segment to this day.

GR Auto Gallery is pleased to present this highly original and well restored example of the 1966 Chevrolet Corvette Convertible for your consideration. With all the right mechanicals, this vehicle hosts what is believed to be the original 327 V8 engine mated to its correct 2-speed Powerglide transmission and has all the styling you could hope for! The exterior shows exceptionally well with its bright red exterior and white hood stripe over the 1967 hood which fits and operates like it should, the wheels are in great condition showing off its badging along the hubs which state its 4-wheel disc brake feature, the completion of the cosmetic restoration is unknown but clearly well done. The interior is in similar condition if not even better than the outside as it has the white seating, wonderfully original dash with the exception of an aftermarket AM/FM/Cassette player installed and comes with a new soft top stored away underneath the hard top which is also in great shape. The mechanical end was rebuilt less than 1,000 miles ago and about a year ago by a professional shop in Michigan ensuring that the engine, transmission and even the suspension are all in great functioning condition. The furthest thing from original that this vehicle has is its power steering and electronic fan tucked away and out of sight but with the relay which allows for this fan to operate only when necessary making this even more of an enjoyable and worry-free ride for its next lucky owner!