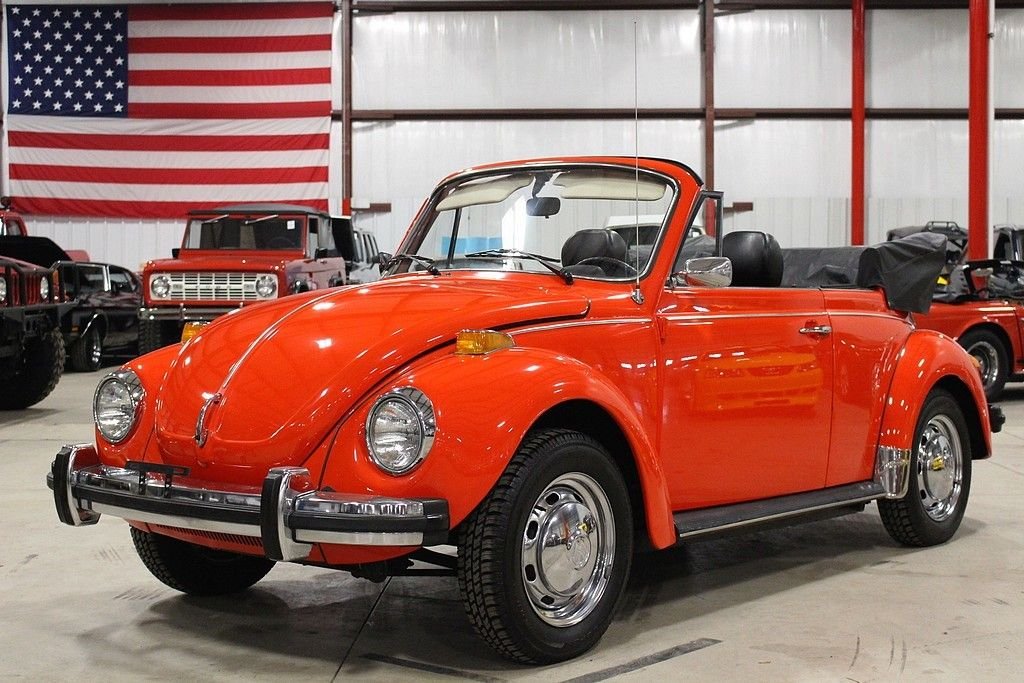 After nearly three decades in the United States, and even longer in Europe, the "people's car”, the Volkswagen Beetle, reached the end of its remarkable history in 1979. The creator of the entire compact car movement, and an icon of culture – both mainstream and counter – the Volkswagen's evolution mirrored the massive changes in the American auto industry as it went from basic transportation in its original 1100 cc split rear window 24 horsepower 1946 form through various upgraded trim levels and higher output engines peaking at 65hp in the late 1960s. 1971 even brought a name change as VW's product line expanded and the Beetle nickname became the model's formal title.

The 1978 Super Beetle convertible offered here has just over 19,700 miles from new. Presented as a true one owner with a title change due to the original owners wife passing years ago and he re-titled it is his name. It has probably never felt even a drop of rain touch its Mars red paint or black convertible top, which are complemented by a matching black interior. Stored throughout its life in climate-controlled garage in Holland Michigan it still looks like new and is ready for a new owner to continue its preservation for future generations or to take advantage of its pristine condition and originality in shows and tours.

A Beetle convertible is one of few cars that will always bring a smile to onlookers' faces. VW invested millions to re-create the Beetle mystique in the New Beetle, but there's no substitute for the original, particularly when it is as original as this 1978 Super Beetle convertible.