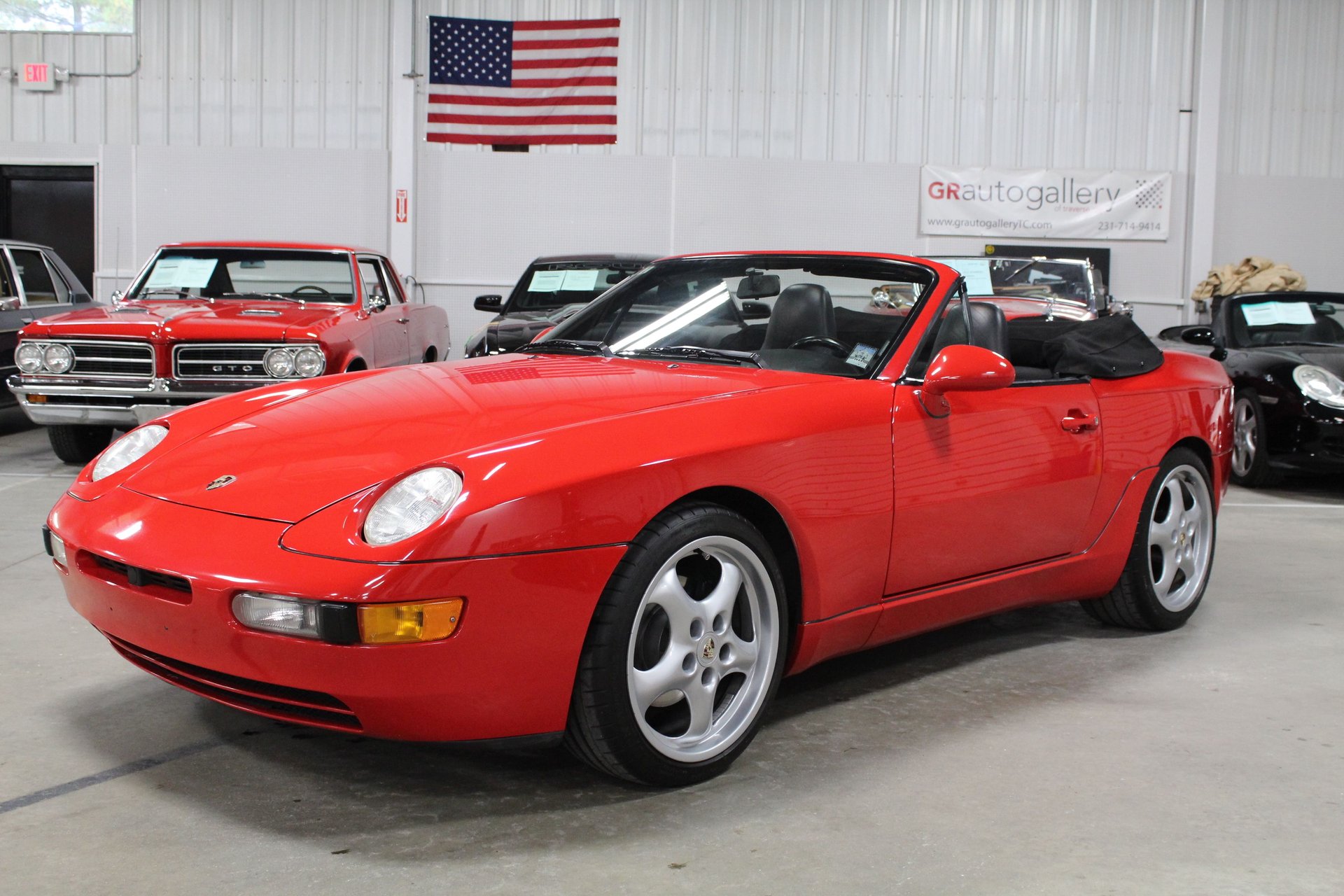 Built from 1992 through 1995, the Porsche 968 took over the entry-level 944 Model. With styling cues that date back to the 924 almost 20 years previous. Porsche even used certain styling factors that were used on the 968 from the previous coveted 959 model and onward and upward through the later 911/993 cars.

The 968 was powered by a updated version of the straight-four now displacing 3.0L producing 240HP and recent advancements of the VarioCam variable valve timing as well as the relatively new tiptronic transmission which became a available option.

This beautiful example we are offering has covered just 60,000 miles in 20 years and has been very well taken care of and serviced. The paint has a very nice shine and interior is excellent. The 968 runs and shifts flawlessly and everything is operational as it should be. Tires, brakes and top are all in good condition. Even though the 911 has a wider range appeal, due to its combination of speed, practicality and low production numbers the 968 has carved out a special kind of enthusiast who says anyone can own a 911. There are only a few 968's in comparison and low mileage clean cars are now starting to fetch a premium.