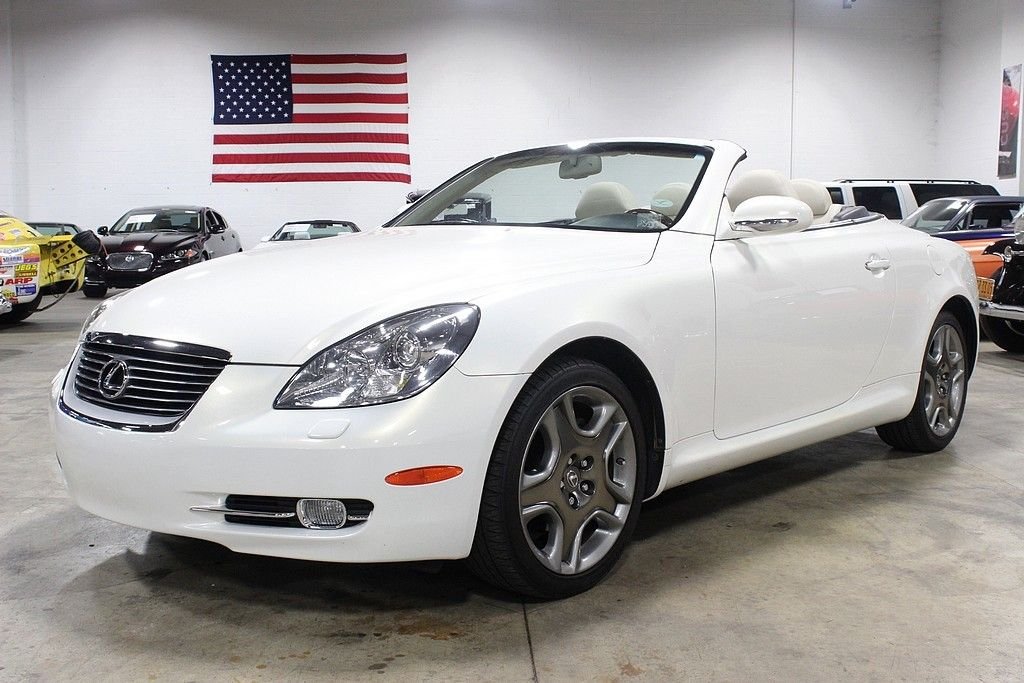 Lexus began its production of the first SC grand tourer in 1991 and continued through to the 2010 and saw a second generation production within those years to improve its outward appearance and to add power. The first-generation came with the badge “SC 400” and featured a standard V8 but then in 1992, Lexus came out with a more fuel efficient example called the SC 300 which hosted an I-6 engine. These models held their ground within the market of grand tourers until 2000 at which point the popularity was so prevalent they didn't even wait a year until releasing their second generation, the SC 430. This model, first produced in 2001, featured a couple major upgrades including a hardtop convertible design and a beefier V8 engine. Primarily designed and said to have received certain lines and design hints based off of the European town in which it was designed in, the model sold well until the discontinuation in 2010.

This finely kept, well featured example of the 2006 Lexus SC430 is a great looking and driving grand tourer and is a pleasure to offer to you today! With only one owner, this very clean model stayed that way primarily due to its temporary usage at the current owners Florida home and we are told it has never seen the bad side of mother nature! The power hardtop convertible is in great condition and functions quickly, 24 seconds to be exact! With its all-leather interior with brushed-aluminum accents, navigation screen with folding wood panel, there is no exaggeration when the term luxury is used when describing this model. Other great creature comforts that came standard on this model include Burl Walnut or Bird's Eye Maple wood trim, a Mark Levinson premium sound system, DVD-based navigation system, and headlamp washers. With this model only averaging under 3,500 miles a year, it is ready to be enjoyed and broke in by its next lucky owner! Call or emails us today and find out why you should be enjoying this great ride!