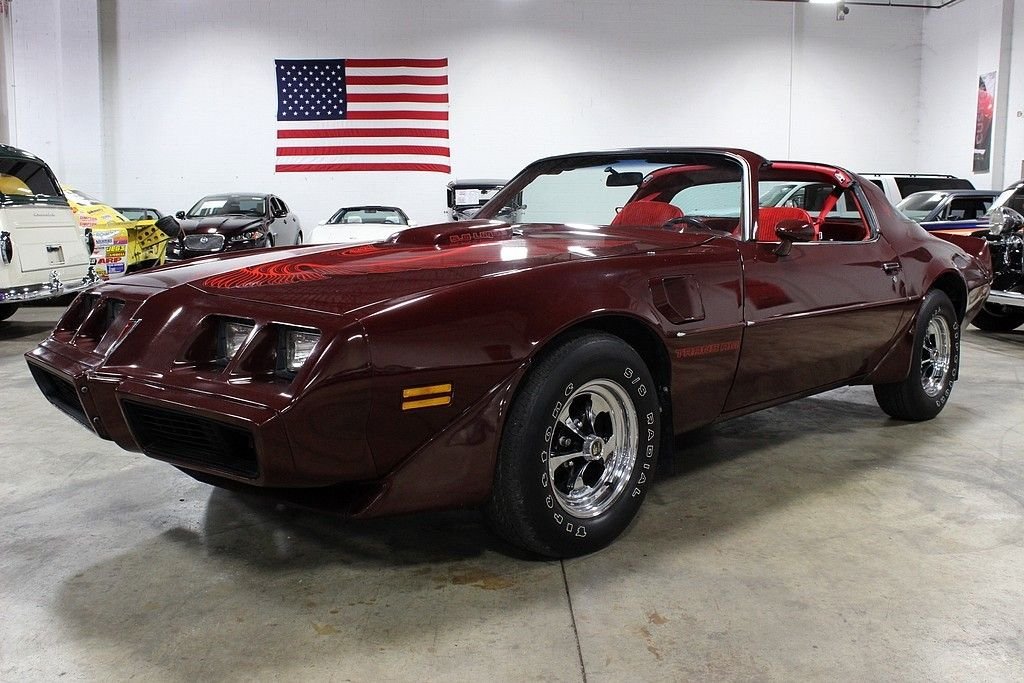 Arguably the most iconic graphics ever used on a car, Pontiac applied the very first firebird graphic to the 1969 Banshee II. When the second-generation Firebird was a prototype came to be, they attempted to apply a similar design to it but were immediately shut down by GM's then VP of design, Bill Mitchell, who was quoted saying "it has an Indian blanket on the hood!" A new graphics designer came in by the name of John Schinella who tweaked it and instead of even sending it through normal approval methods, went ahead and tried his idea on the market and applied his new design to a pre-production 1973 Trans Am. He drove that car to where all the car guys hung out, Woodward Avenue, and proved himself right as they all started asking where to get it! At that point he knew it would get Mitchell on board and applied a gold "screaming chicken" to a black Trans Am, parked it directly underneath Mitchell's office window and the rest is history! That same year, although not standard yet, they made it an option for the 1973 model year and charged a minimal $53.

GR Auto Gallery is pleased to present this one-owner, wonderfully kept 1981 Pontiac Trans Am T-Top for your consideration! With it only seeing one owner and kept under 30,000 miles it is clear the care that the current owner has for his vehicle! From the outside everything shows as original to the vehicle except the Keystone wheels that were put on it quickly after it was purchased, this is a truly unmolested example of the ever-popular Trans Am! The interior shows just as well as the outside and has a bright red exterior adding to its uniqueness. The 5.0L engine was a rare example of this model and with its manual transmission mated to it, this is a great driver with plenty of fun left to be enjoyed. The condition in such good shape, the fact that it has only seen one owner its whole life and that it is such a low mileage example all goes to add to the value and nostalgia offered here today! With the retiring of the Pontiac name plate and this being the last year of the legendary Smokey and Bandit style of vehicle...why buy a new car at double/triple the cost that devalues as soon as you take it home when you can own a collectible, super well-kept car that turns heads when you drive!