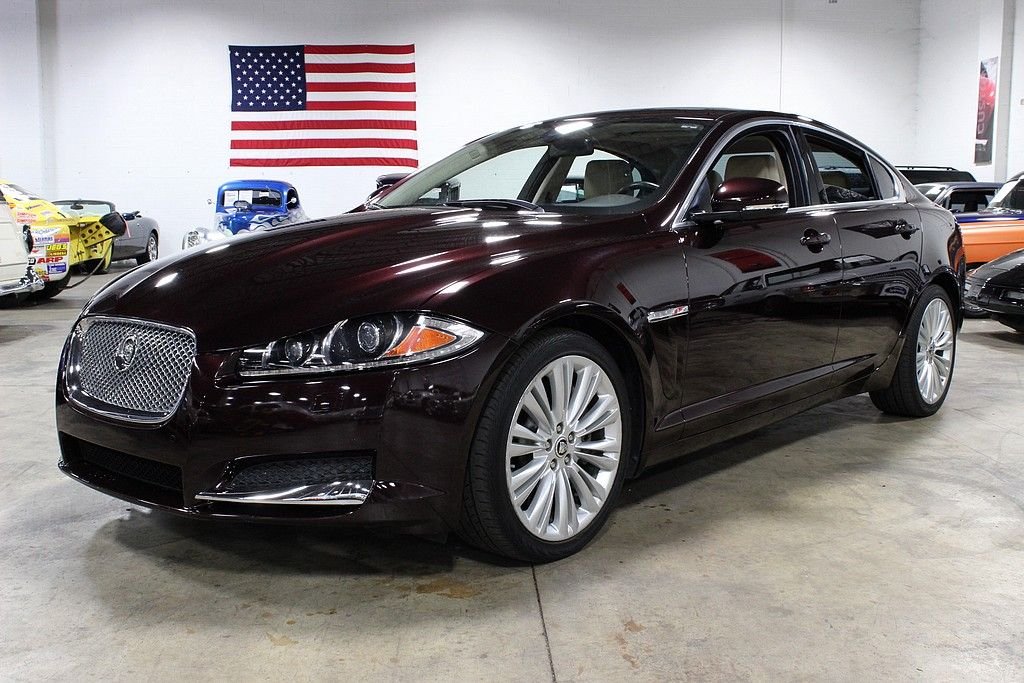 Jaguar developed the XF design under the code name X250 and was developed in Coventry and built at Castle Bromwich Assembly in Birmingham. The interior was a major part of its design plans as they included some very unique features such as the flush-fitting vents within the dash, rotating open as soon as the engine started, and a rotating gearshift dial called the JaguarDrive Selector which rises out of the center console. Another great design that was created for this model includes the pale-blue backlighting to the instruments, switchgear and other major control panels which was a major departure from the traditional Jaguar cabin ambiance. During the 5th episode of season 13 on Top Gear Jeremy Clarkson reviewed this model and matched the XFR against the BMW M5. He was quoted saying: "I'm not going to, even for a minute suggest that it's [XFR] better than the M5, but it's as-good-as. And praise does not get higher than that". During the same episode The Stig managed a lap time of 1:26.7 s with the XFR, making the XFR only 0.5 s slower than its rival the BMW M5.

This like-new example of the 2012 Jaguar XF Portfolio holds to its luxurious name and features many great creature comforts within its cabin, but with all the style and speed you could ask for as well. Hosting a beastly 5.0L V8 with a quick to shift 6-speed automatic transmission, this is a car that doesn't only offer comfort but also all the fun behind the wheel as well! With a host of standard features when moving up to the Portfolio package, this vehicle stickered above $60,000 originally and with low mileage, clean interior and exterior, this price point is a sure fire way to fun at a much more affordable price! Outside the vehicle you see great features including its aggressively designed front end which has a beautiful chromed mesh grill, front and rear sensors for additional support while parking, a backup camera to be able to see all things behind you and its rare and beautiful exterior color, the Caviar Metallic. The interior is just as impressive if not more so than the exterior with its premium beige interior, woodgrain details throughout the dash, center console and doors, beautifully illuminated cluster and media center which has all the capabilities you could hope for and more. With it being such a low mileage model and with all of its life left, this model does carry over the remainder of its warranty to its next owner which would be enough to ensure you are fully satisfied. A single owner model originally used in Florida, this is a great buy for those looking for all the extras but at a fair price!