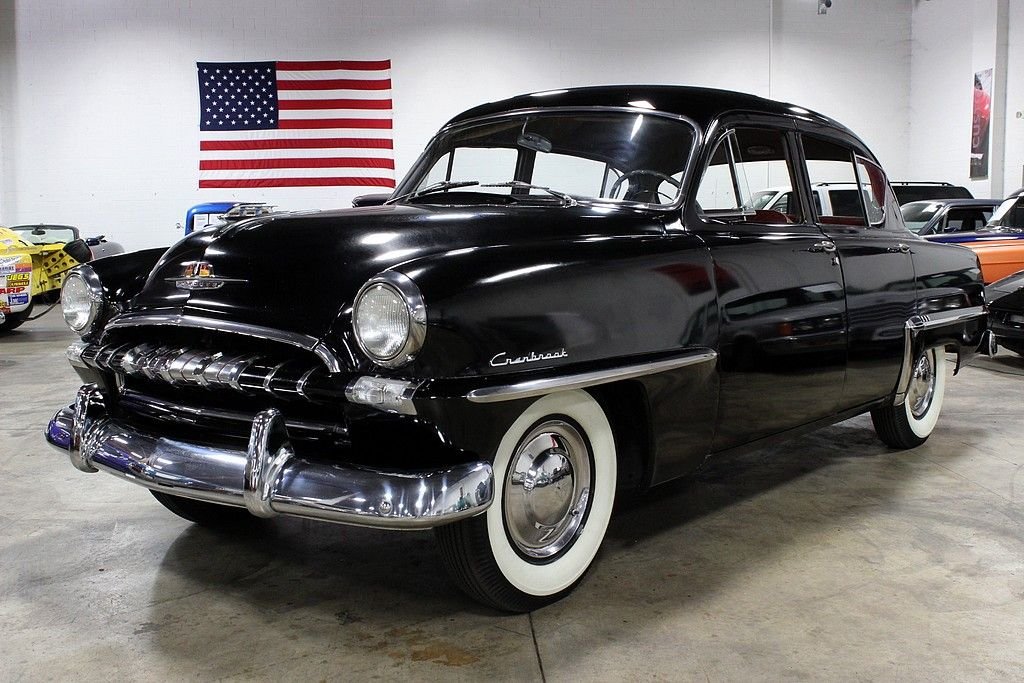 The Cranbrook was in production from 1951-1953 under the Plymouth brand and was believed to have a name which came from either a city in British Columbia or possibly after a local Detroit street. The ladder is more believable as it was one of many models which resembled roads near Chrysler headquarters. From one year to the next, this model saw a change quite drastic as it started more boxy with less curb appeal in its first years but ended with straighter lines, sleeker and more model styling including its one-piece windshield and handles which pulled out instead of twisted and for a new try on things, they even shifted the glovebox closer to the driver for better accessibility. The models were all consolidated in the end and instead of its recognizably short stature, it converted to a Belvedere which hosted a more common wheelbase of 114 similar to those of Chevrolet or Ford.
This highly original example of the 1953 Plymouth Cranbrook shows extremely well considering its age and lack of conversion and hosts so much nostalgia it's palpable! Based on the information passed to us from the current owner who was informed by the gentleman he purchased it from in 1989 that he was to be its second owner, this vehicle stands as original as the day it was built except for a new battery, new brakes and the four firestone white wall tires it sits upon! Hosting what appears as the original exterior, the model really brings you back with very little surface blemishes, only one slightly noticeable dent and otherwise has a very solid floor pan and trunk. The rocker panels are even solid on both sides and the rear suspension-mounting points show to be solid as well! The quality build on this vehicle shows even more so on the interior of this fine ride where you see the headliner in good condition, flooring in equally good condition and sitting on the side of caution, the current owner has refrained on removing its precision fitted seat covers as they seem to be as old and preserving what may be very clean and original seating! The vehicle screams nostalgia, has all the drive left in it and is ready to be enjoyed as a driver by its next owner or even a very minimal project. A lot of enjoyment can be immediately had with this classic example and is ready to be driven to its new home today!