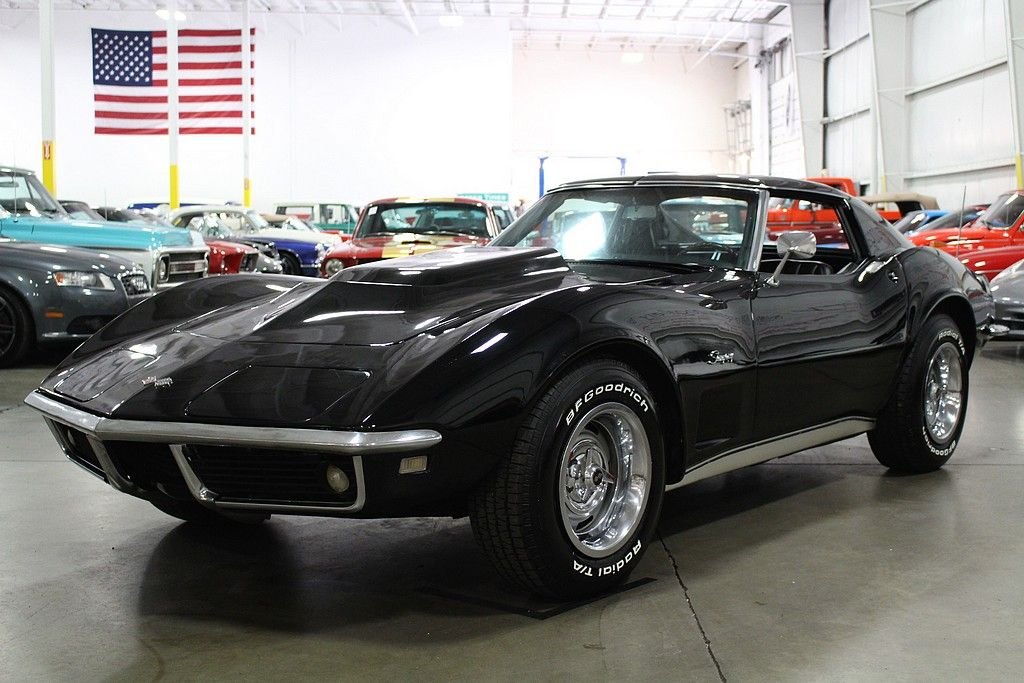 The Corvette was designed and built in response to the smaller European sports cars that were now being imported into the US during that time. We really had nothing to compete in that market until the 53 Corvette was introduced. Only 300 were built the first year. The second year 3,640 were built but sold slowly, so in response, GM limited production to only 700 for the 3rd year before a body and interior change in 1958. By now the Corvette was taking on a style that started to sell.
They started offering many engine and transmission options including trim packages. The 2nd generation took Corvette from 1963 through 1967 and sales were strong. GM started doing more sponsoring and promoting. Horsepower and performance was becoming very capable of competing with some of the finest automobiles of the time.
The 3rd generation patterned after the Mako Shark II concept car began production in 1968 and went through 1982. And although the mid to later year 3rd generation cars experienced lower power and emission control issues, the first few years used the same powertrain as that out of the 2nd generation cars, offering Horsepower up to a reported 560 HP out of a LT-1 engine.
The 1968 Corvette Coupe offered here is finished in the most excellent color combination, Black over Black interior. It has an older paint job that is showing its age, but the interior still shows excellent. The car features desirable chrome front and rear bumpers, removable T-Top roof panels, bucket seats, console with shifter, teak steering wheel, tachometer, power steering, power brakes, gauges, dual exhaust, Rally wheels with trim rings and spinners. The car is powered by a fortified 350 V8, 4 barrel carb, upgraded ignition with wires, chrome valve covers, chrome alternator, and aluminum intake. The car has an aggressive look with an added L88 style hood. The car will need to have the vacuum system addressed as the headlights open and close intermittently as well as the wiper cover. This car does not have AC.