"The Last Of The First Mercury Ever" 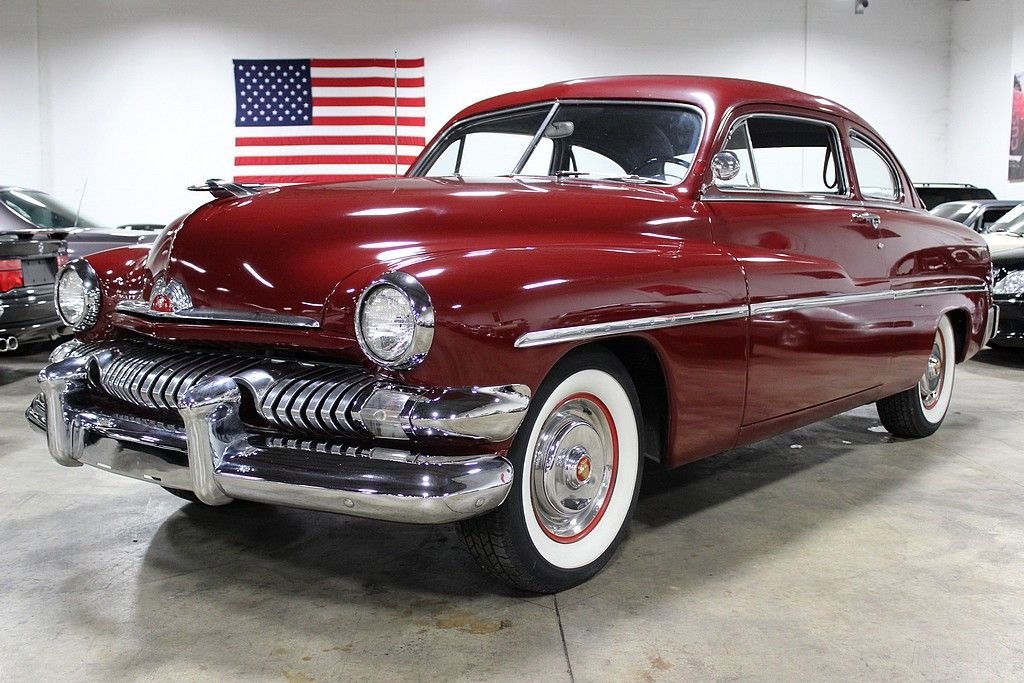 The Mercury Eight was the first model produced by the Ford Motor Company for their Mercury line and was produced from 1939 through the 1951 model years. This was not only the first Mercury built but the only model offered until they moved into the 1952 model year, at which point it was dropped as a model designation and multiple models were brought into production. The first post-war Mercury was introduced in the 1949 model year. With a minor adjustment to the famous flathead V8 engine which was being used in the Fords as well, they brought extra horsepower to this Mercury. The new styling of the Mercury Eight, when it was released in 1949, played off of the “ponton” appearance. This was successful in both ending the bland pre-war styling, and differentiating Mercury from its comparable Ford cousin, a move that would prove to be lucrative in the long run.
This 1951 Mercury Eight was originated from California and is believed to be with all original panels, engine and transmission and was kept as close to original as possible when restored. It has seen its upgrades to non-major mechanical parts such as new radial tires, new dual master cylinder with booster, front disc brakes and rear drum brakes but also has been totally re-wired to ensure a reliable start for its next owner. The current owner is unsure if the transmission is a TH350 or TH400, but it certainly functions well paired to the GM Crate 350 motor which was installed. With manual locks as how it was built originally, this vehicle saw a bit of a contemporary adjustment to its windows which, although it has time-fitting handles which appear to be manual, they are in fact power by moving the window crank one way or the other! A great touch to the original looking interior which has also seen new cloth seats and flooring all the way around. A great driver with the looks to be displayed proudly by its next owner, perfect for those looking for a vehicle to drive and enjoy!
To see over 80 photos of this car, including under carriage please visit our website www.grautogallery.com