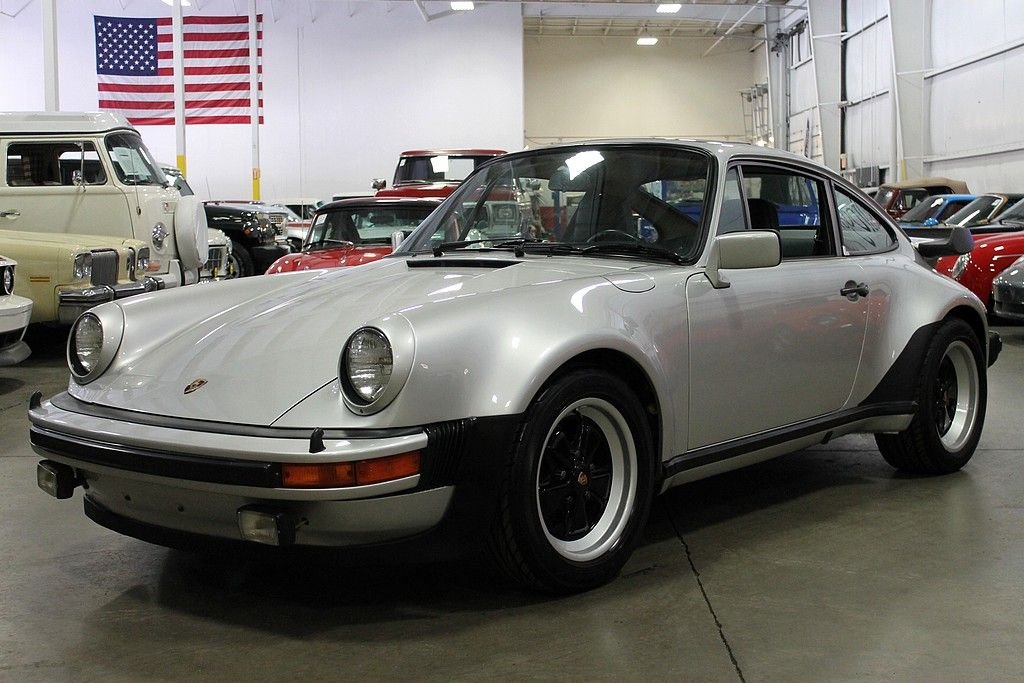 Forever Alter Your Standard of Performance ~ It was the year 1973 when Porsche unveiled its soon to be produced 911 Carrera Turbo to the public at the Frankfurt Auto Show. The wider body and curvaceous hips were similar to the newly introduced Carrera RS 3.0, but the badging along with the aggressive rear spoiler made it clear that Porsche was introducing a completely new animal. The introduction of the Turbo would develop yet another Porsche tradition. Simply known as the Turbo, the car was released in the spring of 1975 and with great anticipation and much fanfare introduced to the US market in 1976. When introduced, the car featured a 3.0 liter turbocharged flat six producing 0-60 times in under 5 seconds. In 1978, Porsche upgraded the engine to 3.3 liters and added an intercooler boosting the performance to 300 hp and top speeds at 165 mph making it the fastest car available for the US market. No other car of that time captured the attention of the automotive press and not enough could be written of the brutal performance and the sheer beauty that the car had to offer.

The 1979 Porsche 911/ 930 Turbo presented here features its numbers matching engine and transmission, optioned with Limited Slip Differential, Electric Sunroof and Electric Exterior Side Mirror. The car was delivered new in its current livery of Silver Metallic Paint over Black Leather with black fuchs wheels. After a stint of long term storage, a selective style restoration was performed on this turbo including paint and new interior in 2011. Today the car remains in very nice “driver” condition featuring 32 747 miles; believed to be original according to the owner and the documentation we have on hand is supportive.

It is fair to say the all of the 70's 930 models are special. It represented a glory period for Porsche where their racetrack worthy developments were quickly implemented into their flagship 930's. The 930 was one of the fastest cars on the planet and the cars of the late 70's were comfortable race cars in luxurious leather. With the surging demand for significant Porsche's, the 79 930 leads the way for the Turbo charged era. An example such as this is an opportunity to acquire a car that can still be driven as it should with our the risk of devaluation as well as a car that can be brought to the highest of levels. No wrong decision at to price offered here. Documentation includes Porsche Certificate of Authenticity, owner history, some service records, restoration records, etc.